A Review of Lilin by Electa Graham

A Review of A Dish Served Cold by Grace Lovejoy 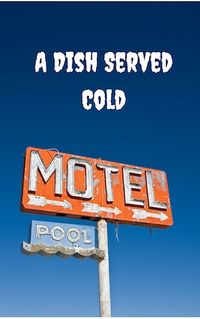 There are many stories in which succubi appear as a bit of a deus ex machina and, at least for me, that can be a disappointment. Appearing out of thin air, pushing the story in the direction the author wishes things to go and then vanishing tends to be not that interesting to me. While the succubus isn’t, as a whole, meant to be the focus of the story, it matters who they are, why they are there, and what happens.

Being not much more than two-dimensional in character leaves a lot to be desired, and being a succubus, it’s that desire that needs to be explored further. Telling more of them than just they are a succubus before moving on with the story adds something needed to a work. A reason for being and an explanation of why things are as they are.

Gerry stops into his regular motel on his weekly rounds when he encounters something he doesn’t expect.

A rather unassuming man visits a hotel he’s stayed at many times before. But he’s not what he seems and fate conspires to have his secrets revealed. In doing so, his actions will have consequences, ones in which the price will be a permanent one.

The work is told from the perspective of the main character Gerry who, from the start, is one of those characters that you have a bad feeling about from the start. As things progress, as his thoughts are shared, there’s no question that he isn’t the best of people and there’s a lot he’s done to atone for.

Overall, much of the story is focused on Gary, of laying out what he’s done, how he sees others and so on. In the midst of this the work takes a turn and then the succubus of work, Belle, makes her appearance. She’s not really described in a lot of detail, there’s next to nothing beyond a vague description of her told and I thought that was a bit disappointing.

Belle is, overall, a means for the story to move in a particular direction, which it does quite quickly. There’s very little in the way of erotica, but there’s really not a place for erotica in the story overall. There’s a purpose to be told and it consumes both Belle and Gary to a singular end, setting aside any sort of character revelations about Belle beyond her being a succubus.

The title of the work tells, quite clearly of what to expect and how things end, considering the time spent in setting up Gary’s character, felt too rushed and to the point. I think more time spent in Belle revealing herself, being a succubus more than she is, would have made this more a succubus story than the story it is.

This isn’t so much a story about a succubus than it is about her prey. There’s all sorts of things told about Gary but Belle gets only to appear and then she’s a mystery. How the work ends leaves me wondering if there’s more to tell and i would like there to be.

There’s too many questions about Belle, especially her existence, that tease at me and it would help to tell a better story if more of the hidden aspects of her were told.