The Warmth by TeraS

A Review of The Devil Within by Ellen Wilson 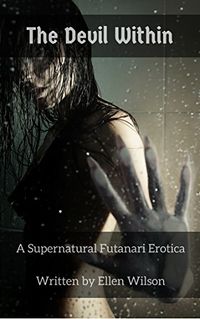 The Devil Within by Ellen Wilson

Futa themed works appear quite regularly in Succubi fiction. Whether that comes through a transformation or possession or other means isn’t as important as the telling of a good story. Sex alone, I’ve said many times, isn’t erotica and sex isn’t a story on it’s own. But given a good reason for both, there’s some promise in that.

A review then of the first work in the Devil Within series by Ellen Wilson in which there’s promise, but there’s something to be desired in the telling.

Nicole Waters has been reporting on the mysterious organization, known only as “Lucifer’s Order”, since the sightings of demons began. She never imagined falling victim to the cult herself, but what they thought would be another demon summoning and possession turns out to be none other than the king of hell himself, Lucifer. And they certainly never expected she could wield that power!
Now Nicole possesses the abilities and the magical ‘rod’ of the fallen angel, and must use them to retrieve the demons’ souls from the bodies of women in order to stop their terrorizing of her city.

There’s a threat to the world which has brought demons into reality and in doing so everything is going to hell. Nicole finds herself confronted by demons and then possessed by one of the most powerful. But Lucifer didn’t expect Nicole’s will and she not expecting what she would become. Perhaps together they might keep the world from actually being in hell… if they are very lucky.

The story is mainly focused on futa themes with possession of various characters being the means to cause the futa transformations to appear. It’s somewhat over the top at points with the sexual encounters, but past that there’s some interesting plot themes and storylines that have a lot of promise.

Just about every female named character is a futa-succubus, that’s the simplest way to describe them. It’s also a bit of a theme in that these characters are all very dominant and forceful in their actions and sexual encounters.

The main character Nicole, is quite delightful from the beginning. She’s willful, has her own desires and once possessed by Lucifer in a scene that was a bit too over the top, there’s a grudging acceptance between them that I enjoyed.

The erotica is a bit too pornish for my liking and really the only thing that kept me in the story was the plot lines around the edges that promised a lot. The scheming and plotting from other devils and demons, almost all futa, was intriguing and it made them all more than two-dimensional which was a surprise.

The work is very short however and that’s really a shame. The characters and background offered here could have been expanded on drastically and turned this from a single chapter, which is how it reads, to something far more. I think the characters and the story needs that going forwards.

It’s an interesting idea for a series, certainly the possession aspects are something very unique. There’s a lot to build on, though the sex seenes, they aren’t really erotica, could be toned down a bit and more time taken to telling the story. We’ll see what the next work in the series brings and what it reveals.