Succubi Image of the Week 516

A cute Morrigan cosplay, but isn’t there a wig missing?

A Review of Night of the Succubus by Jay Aury 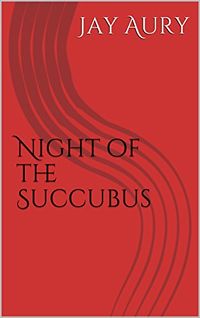 Night of the Succubus by Jay Aury

There are some stories that read more like a snapshot of a larger tale. An inkling of a larger plot, a deeper story about the characters to be told. It’s entirely possible to tell a story where the heat is delightful, the succubus is temptation and danger mixed in one. The problem becomes where the story offers hints of something more, and never really delivers on that.

History matters in a story, skimming over the surface leaves something to be desired. In a story about a succubus and a character being ensnared by lust, drive and need, leaving out the why of things just takes something away from all the good that otherwise comes.

For weeks Renee Lanair has hunted the demon through the woods. Following the trail of bodies, twisted in agony and ecstasy. But the trail is warm, and the hunt nears its conclusion. But far too easily, the hunter may become the hunted.

Renee has been hunting the most evil of temptations for some time now. Her search has revealed the depths of the evil that she must end for the sake of all. But the evil is seductive and knows all of the little unspoken secrets that lurk within Renee herself. Temptation is hard to resist and at the mercy of a succubus, it’s so very difficult to resist temptation herself.

The work is a hot flash in which Renee finds herself at the mercy of what is one of the most delightfully teasing dominant succubus characters that I have read of late. The succubus, who is never named, is dearly dominant, takes control of the story and brings Renee through a series of trails in which some lovely succubus mind control comes into play. The action itself is well told, the heat in the moment is really well done.

The problem is, however, that there is a history between the two characters that isn’t delved into, past events are mentioned and not explored. Perhaps the one thing that bothers me the most is how stereotypically evil the succubus is. In spite of her personality, which offers so much to tell, she has a single focus, acts in every way one might expect from a two-dimensional succubus character and that’s just so disappointing when the story comes to a close.

I like succubi that tease and tempt their prey and in this the story tells the most wonderful dialogue and outcomes. But the story also tells, quite clearly, that the succubus cares about one thing and is singularly set on that. It’s a shame because in the midst of what happens to Renee and what the succubus toys her with, there’s so many opportunities to flesh out both characters and tell a larger story.

As this work is so short, there’s a feeling that this is a scene in a larger work overall and, honestly, it’s that larger work that I want to read about based on this hot flash. Tell of the succubus, how she came to be in this world, what she wants. Explain how Renee got involved, what her past is. Most of all, the work ends in a way that, honestly, could be taken in a lot of interesting ways and not the expected one that the beginning of the work suggests.

While the work is very well written, the voices of the characters are strong and there’s excellent storytelling, the missing history takes something away overall. There  are also several minor spelling and word errors here and there in the work that come at some very inopportune moments. One more editing pass would be very helpful to make this work stronger overall.

The work is too short, there’s too many hints about a larger story that aren’t used which is a shame. It’s also rather disappointing that the succubus is never given a name, she also acts a bit too stereotypical for my liking as well. There’s a good story to be told about Renee and the succubus, how they came to this encounter and its outcome, but that’s glossed over.

Telling the story of the succubus in a larger context I think would be really interesting. This is a good basis for that, but the work as it is leaves me disappointed in where the tone went and how things turned out. It didn’t have to and that’s more the shame really.