A Review of Mate of the Incubus by Crystal Santacruz

Succubi Image of the Week 515

Possibly one of the cheapest looking costumes ever… 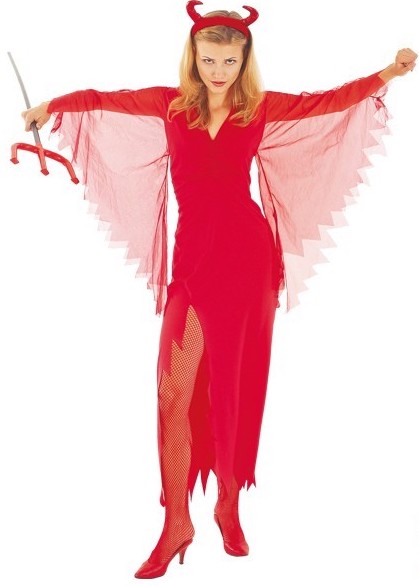 This is called the Premium Devil Dress and it comes with… the dress. That’s it. Nothing else, the pitchfork, horns and everything else that isn’t the dress isn’t included and this… premium… dress… sells for $9.

I can hardly contain my dislike for this, in so many ways, but I’ll focus on one thing alone. That being, how can this be sold as “premium”, when it isn’t. But it’s more than just that. This is sold as a “Premium Devil Dress” which suggests that there is something in the package which offers the barest hint that this is somehow devilish in some vague way.

But it isn’t, it’s so terribly trashy and really that is being kind.

Sticking a red dress, a cheap one at that, in an envelope and calling it a devil costume does not make it so…