A Review of Reverend Cross 004R by John A. Short 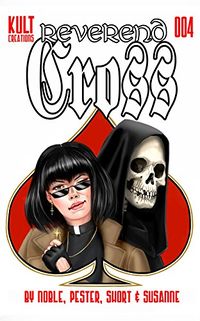 It’s been some time since I’ve reviewed a comic book on the Tale and today I will be reviewing a work that is part of an ongoing series, and it’s one in which succubi, or rather a single succubus, is but a small chapter in the overall work.

The thing about comic books and graphic novels is that telling a story really needs a thread to hold everything together. Scattered ideas tend to leave something lacking for me at least. Still, even with little in the way of story, plot or character development, there can be something interesting for be found. The question is, however, if that’s enough to stay with the series as a whole.

The first ever female vicar action hero returns for her fourth issue! She finds herself up-against ninja assassins, a succubus, a giant insect demon and gremlins in this issue of the comic. 20 black and white comic strip story pages written by John A. Short and illustrated by Anna Susanne, Richard Pester and Gabrielle Noble (with a full colour Anna Susanne cover.) Put your hymn books on def-con one… It’s going to be one HELL of a sermon!

The Reverend finds herself battling another series of evil doers and along the way finds herself face to face with a succubus at a strip club. It’s not the strangest thing that’s happened, it just how things are and what she faces everyday.

This work is the fourth issue in an ongoing series where the main character battles the forces of darkness. Each issue contains a series of vignettes which aren’t connected, nor really do they tell a larger story. They are, mostly, flashes of scenes in which she confronts the villain of the moment, battles them and moves onwards.

There’s a very clear vein of humour in the stories, which is almost Monty Python in it’s wryness. The dialogue just seems so silly and odd that really if one doesn’t care for British humour, it just will read very wrong indeed.

The story in this work about a succubus, called Babylon, takes place in a strip club, but there’s no explaining how this all came together, what drew the main character there. The succubus, Lilin, who’s name makes it dearly obvious what she is from the moment it’s said, doesn’t appear for long, is written, speaks and acts like a stereotypical succubus. There’s no story about her, though a comment or two offers what might have been a story, or longer series arc, but that didn’t happen.

The ending is abrupt, a bit silly, and considering how the story flows isn’t surprising. As for the other works this issue holds, they are very much the same tone and action. Silly puns and over the top actions combine to create a nice action scene, but not much more. The art is quite nice, and it works well in telling the story. But there’s too many things happening which means there’s not time given to telling a larger story.

There’ s so little presence of a succubus in this work and that’s a shame. More so how things ended in that particular story. I have a lot of thoughts as to how things might have turned out, but they didn’t and more’s the shame. I’ve skimmed over the balance of the works in the series and overall while the humour is wry and there are moments of brilliance, I just didn’t feel like, for me at least, there was value for my particular interests.

Humorous, the main character is rather unique and there’s parts of this that I liked. The problem for me was a seeming disconnect in the storytelling and that just didn’t work. Perhaps the series might consider one single story per issue in order to tell a better arc overall. Perhaps that will happen, though the prior issues in the series suggest that is unlikely. 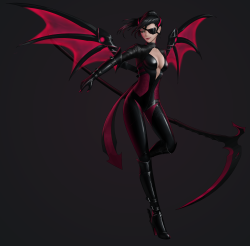 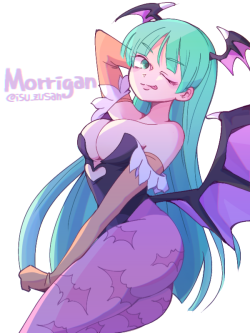