A Review of Feeding the Succubus by Shelby Horne 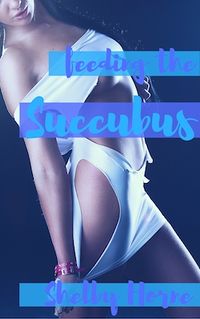 Feeding the Succubus by Shelby Horne

Stories with succubi that tend to only focus on the erotica and don’t tell much more of a story aren’t really ones that I think a lot of.

Occasionally there’s a story which hints at something more than the erotica, but doesn’t quite manage to tell that part of things. That’s a shame, but more so when the succubus doesn’t get a name.

With Halloween approaching, Bryan and his friends go exploring in an abandoned house, only to find it isn’t so abandoned at all! Is Bryan dreaming, or is he really at the mercy of a succubus? When he loses his virginity to her, he gets more than he bargained for.

Bryan has a problem, and it’s a really big one. Actually it’s more than one and when he’s trapped by a succubus, she might discover that his problems aren’t that hard to overcome.

Outside of the erotica however, there’s a bit of world building, a tiny bit of character building, but it’s just there to get to the erotica overall. It’s a shame because Bryan’s past isn’t told all that much of, the succubus doesn’t tell anything about herself overall.

The succubus is described in a way that’s delightfully naughty, she’s not exactly evil either. However she is focused on one part of Bryan’s body and that takes over everything as the story continues.

The ending is a bit unexpected, certainly a twist in the tail. It makes sense within the story and it does give Bryan something he’s been needing as well. But it’s abrupt and feels too rushed in the pages before. The work could use at least one more editing pass, at least to give the succubus a name, and a lot more in the story too.