Succubi Image of the Week 509

A Review of To Kiss or To Kill by Cory Lure 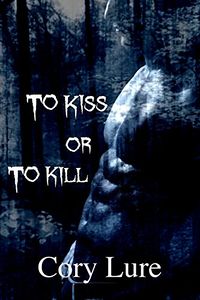 To Kiss or To Kill by Cory Lure

But that comes at a risk, and it can leave the story lacking in many ways.

An incubus has needs. But when Noah finds his next new pet, he realizes the man is fueled by a killer instinct. Will the dangerous killer be too much for even an incubus to handle?

Noah has needs and it is very difficult for an incubus to fill them. But human pets do come from time to time and in them the hunger might be filled.

The work is very much a horror/slasher story that mainly focuses on that to the exclusion of all else. There’s really not a lot of time spent in character development, Noah and much of the characters that appear are less than interesting overall. That’s mainly due to a lack of emotional connection between them and, most of all, Noah’s seeming disinterest save for the needs he has.

There isn’t that much in the work erotica-wise, as such there’s little heat and when there might be some, the horror aspects remove it quickly. I’m not quite so sure Noah is so much an incubus as he is simply a demon and if so that would explain a lot.

It’s a difficult story overall as a result, I don’t really enjoy horror stories and this was very much that sort of tale. For those that do, it will be appealing, but I just couldn’t find my way in, like any of the characters or find something to really enjoy in who they were and what they did.

This is a horror story, without question, and as such there’s just not enough to hold my interest in the story or the characters. Still, there’s something here, I just couldn’t get into it and enjoy the story for what it was.