Succubi Image of the Week 507

A Review of Succubus Sex Tales 2 by CJ Masters 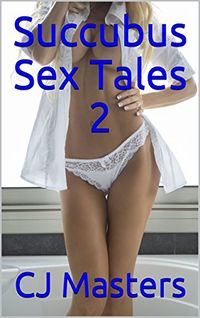 A review of the second part of the Succubus Sex Tales series by CJ Masters this time on the Tale. Much like the first book there’s a problem and that comes to it being too short, too quick and being so it misses a lot.

That’s a real shame because there’s something here if given some time to be what it should be.

Jezebel tells of more encounters in which her needs as a succubus are fulfilled in the dirtiest ways possible. As she is what men dream of, that makes it all the more delicious.

This work, like the first, is a series of very short hot flashes in which Jezebel appears to different men and then gives what each wants from her. There’s really not that much heat and that’s from how fast each encounter happens.

I still want to know more about Jezebel, beyond that of mostly drooling over the men she is about to enjoy. Telling her story with some heat would be far better, but as erotica with a story, the work falls far short of what it could have been.