Succubi Image of the Week 506

A Review of The Black Book by M B Paff 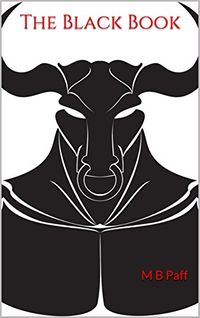 The Black Book by M B Paff

Demons. Magic. An arcane text that crosses the boundaries between worlds, while within its ancient pages a force of chaos, desire, sex, and rage seeks a human to call its own. A southern mansion contains an evil that will stop at nothing to be free. Three men will cross its threshold and descend into a realm of madness, desire, and purpose.
The Black Book is a short story in the tradition of Lovecraft and the macabre.

A book, a mansion and a temptation. Three enter this realm of evil, but can they leave once more?

Eldonna, the succubus of the work, is every bit as evil as she needs to be in the story. There’s really not a lot shown of a succubus nature to her however. That said, she is temptation and suggestively so. But there’s a twist in the story that I thought was really well explained that revealed why she wasn’t quite as successful in her plans as she thought should have been.

There’s really not a lot of erotica, this is a horror story mainly. In that vein the story is well told, the events are striking in their theme and revelations. The work could use one more editing pass to improve the dialogue however. At times it is odd and doesn’t seem right. Still, there’s a lot of good here through the characters that I enjoyed.

More of a horror story with a bit of a succubus-like character around the edges. It’s a unique story, told in a unique way and I thought that worked well. But it isn’t quite a succubus story at the core.