A Review of Hell’s Gate by Carl East

A Review of The Inheritance by Gideon Rathbone 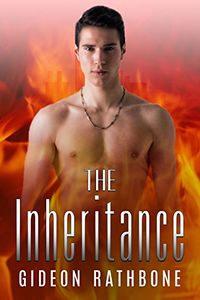 The Inheritance by Gideon Rathbone

The thing about stories that are very short is that there’s never enough time to really explore the characters as much as they need to be. History is passed over, explanations are muted and overall there just seems to be something missing along the way that can’t be ignored.

The main character’s past matters. Who they are, the choices they made and the company they keep all matter in the telling of a story. Not allowing time for that to be told leaves something to be desired and no amount of heat in the erotica can overcome what’s missing. It’s not enough to say a character is a warlock or incubus or vampire. There’s more to them than that and teasing their traits just doesn’t work for me.

Young warlock, Sean Abernathy returns to his small hometown after his mother’s death to find his family in disarray. His arrogant, self-entitled cousin, Ryan, believes himself to be the new heir to their family’s coven. Both Sean and his incubus and vampire lovers must figure out whether his cousin’s claims are true.

Sean returns home to his coven when he learns of his mother’s passing. But there are troubles within the family and it falls to Sean and his lovers to try and hold things together and seek the truth. Wherever it leads to.

The work is a very short piece in which quite a lot actually goes on. There’s a mystery to solve, relationships to explore, pasts to reflect on and, eventually, there’s a bit of erotica to spice things up when the story comes to a close. The problem is however, that the story is so short as to not allow for much in the way of depth in the characters, expansion of the plot or telling of the past and what it all means to the characters involved.

There is an incubus in this work, named Linus, who is a supporting character. There’s little hints about his personality, what drives him, his sexual needs as an incubus and how that relates to Sean, the main character and his vampire lover Joel. But there’s no explanation as to how Linus met Sean, or how they connected with Joel. He’s there in the work, but not really as an incubus so much as eye-candy much of the time.

This then reflects a problem with this work. There’s no history, save a short note here and there, when all of the characters seem to have complex stories to tell. There’s something that’s just missing in this work when something is mentioned in passing and that little note is far more interesting than what’s actually happening in the scene. At times it almost seemed like the work was, in its way, an online of a larger story, or in some way pieces of that story were strung together to create this work.

That’s a problem because I wanted to know more about all of the characters and how things came to where they are. The work glosses over many points, leaves revelations as passing notes and seemingly just skips over some important issues on the way towards the climax of the work and the conclusion.

There is a good story here and I wish the author had used some flashbacks to tell more of the main character’s story at least. As well, the erotica needs more heat than there is. It’s rushed, having little emotion at times and compared to the balance of the work that was disappointing. The author really needs to take the time to revisit things, expand on what’s here and create the story that’s lurking at the edges. I could see this being made into a series telling of Sean’s life to this point and then what comes next.

That’s interesting to me and I’d like to see that. There’s too much story here left untold and it really should be. The characters have a lot of promise, but trying to tell their stories in such a short work just doesn’t quite work as it needs to.

Linus isn’t the focus of this work and he shouldn’t be. That said however what’s missing here is the background, the history and the telling of the past which matters dearly in the present to all of the characters. The work feels, in a way, like its meant to be part of a larger story and I think that story should be told by this author. There’s so much past to be told about Sean, his family, how he came to meet Linus and Joel. The dangling plot lines really do need to be explored in all honesty.

Perhaps there will be more made of this work, I think there should be.