A Review of Love Tokens by Megan Derr

A Review of Savagely Yours: The Beginning by Scerina Elizabeth 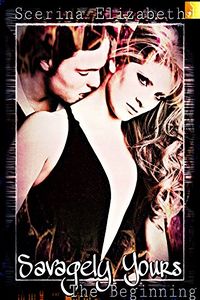 Savagely Yours: The Beginning by Scerina Elizabeth

On occasion, sometimes a story loses its way a bit. That’s to say there are characters with a story to tell, but that story gets a bit muddled in the telling. There’s something missing about the characters be that their past, what drives them or, on occasion, the needs that are with them.

It’s a bit of a shame when, for example, there is a succubus in a story, her sister is a vampire, and that story just doesn’t get told. There’s much time spent in setting up scenes, drawing in other characters and making connections, but that leaves a lot to be desired. As desire is important to a succubus, perhaps that’s something that should be fulfilled as much as the need for erotica as well.

Wounded from a bank robbery gone terribly wrong, Tristan Novak finds himself in the home of the LaBaus. Where he is not only cared for by Charlamaine LaBau but also seduced by both she and her twin sister Latrelle LaBau who holds a dark family secret, but little do these women know – Tristan has a little secret of his own as well.

Tristan finds himself within the tender mercies of the LaBau family. But there’s a secret about them that matters and the secret within Tristan matters as well.

The work follows Tristan as he makes a series of mistakes that leads to his encounter with the LaBau sisters and what happens beyond that. There’s some mystery, a bit of adventure and some vague moments of erotica mixed together. The main issue with this work is there’s a real lack of direction at times, a scattered feeling that the author didn’t quite know where they wanted to go and it’s really quite prevalent as the story goes on.

Similarly, while the author states that Charlamaine is a succubus, there’s nothing else made of that. It’s a tease, an idea, but even with the erotica, that’s not played out very far or very satisfyingly. Saying one is a succubus isn’t the same as showing, or telling of their past. While that’s an issue, the background of the sisters is even more so. There’s a thread of an idea about them and their family, but it’s just not pushed very far either.

The work needs at least several more editing passes because there’s little life in the dialogue, the story rambles, the descriptions are thin and it simply reads oddly as a result. The emotional aspects of the characters don’t come out and when the story takes a turn the emotional impact I wanted didn’t materialize.

The idea is interesting, overall, but at the same time the amount of plot threads allowed for this work to be turned into at least two books and that would have allowed for a lot more needed character development. That’s the single thing that’s needed above all else. Telling that story would breath so much more into things and I’d hope that, with this being the start of a series it seems, that expansion of character comes with it.

But what’s here isn’t what should be. There’s really next to nothing of Charlamaine being a succubus, acting like one, or the story making a lot of use of that little bit of information. The story seems to be looking for itself, to find where it’s going and why that is. That makes for an odd piece that’s missing direction and when the story is done, there’s something missing.

Given that this work seems to be the beginning of a series, I’d hope the author might tell more about Charlamaine and her sister, to give them more character and just more life. There’s a story to be told, but it just didn’t happen I regret to say. I hope it will be.