A Review of Demon Lilith by Ashley Cook

A Review of How to Beat a Succubus? by C. B. Snowheart 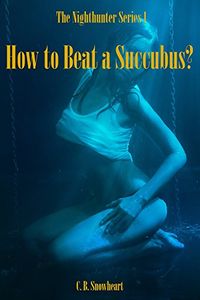 How to Beat a Succubus? by C. B. Snowheart

There are stories which have some really interesting ideas and characters. Sometimes the succubi that happen to appear have something that seems to lead towards a good story, but then something gets in the way.

Many times in the past, I’ve bemoaned the lack of editing that happens so often in stories that I have read. It’s important to be able to comprehend a story, to understand the characters and most of all, be able to fit the pieces of he story together in a way that gives some depth to the work overall.

But that’s almost impossible when there is no editing to be found.

Beautiful and confident heroine Qadira must face an evil sex monster from the Underworld. When a succubus lures young men and women into her service, Qadira is the only one who can save them. At the same time Qadira has to deal with her own traumas and win back her ability to feel satisfaction. If she is not ready for this, the succubus will destroy her and many others. In this quest Qadira is assisted by her handsome and warm-hearted friend, Jon. With his help she prepares herself to a battle were orgasms are weapons and losing the fight also means losing her sexuality forever.

How to Beat a Succubus is the first part of The Nighthunter Series, a story of Qadira’s sexy adventures.

The world is in a mess and Qadira’s life isn’t all that much better. When a succubus escapes into the world, she needs to find a way to overcome her own failings and save not the world, but those who cannot save themselves.

I found this work a difficult read for several reasons, but despite this Qadira and the succubus, called Lila, have something that I thought was interesting. The problem however is that the story doesn’t read as well as it should, there’s grammar problems, the story loses focus often, there are things spoken of and jump cuts in events that scramble any sort of understanding about what is happening exactly.

A prime example of this is the beginning, which tells of Lila being held and the absolute inane things that her captors do. There’s some points at which some really good storytelling could have been used to explain the world, why Lila was there and set things up, but they aren’t. There’s a scattered rush from event to event, having little in the way of connection before things jump onwards.

One moment Qadira is speaking with someone and in the next she’s off elsewhere. There’s nothing to connect the dots together well, which was a problem for me. How Qadira and Lila come into contact isn’t explained, there’s little in the way of anything like meaning to the events that unfold.

I felt like there was no real editing either, the dialogue reads wrong, the narrative stumbles and, as I’ve noted, there’s a lack of clear story to follow. Even when things become intense, I couldn’t quite work out what was going on because there didn’t seem to be enough time for things to be explained or shown before the next jump came.

All of the issues are a terrible shame because Qadira is interesting. Lila is as well. There’s a plot about the problems with this world that needed to be told, but was taken care of with a hand wave. There’s a story here, somewhere, and it could be a very good read, but as things stand, there’s too many editing issues to allow the story to be what it should have been.

The dialogue needs a lot of work to be more comprehensible, the same is true of the narrative as well. Overall, the thing is that Qadira is really an interesting character, but it is so difficult to figure out what’s going on, or who she is, or her place in the setting before it comes to a close.

There are further works in the series, none of which have succubi appearing in them and as such I have not read further into the series. I’ll hope the author found themselves a good editor and have managed to turn what is a scattered series of moments into the story that’s lurking between the pages.