A Review of The Succubus: A Dungeons and Demons Story by Alrich Wild

I like the boots, the costume I’m not so sure of… 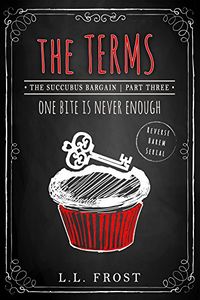 A little while ago I reviewed the first two works in the Succubus Bargain series here on the Tale and you can find those reviews here and here. Like the first work in the series, there’s something about Adie that I adore. In this part of the series, it was wonderful to see her be forceful, to know what she wants and to do the best she can with the cards she’s been dealt.

A review of the third work in the series then where there’s more revealed about those that want Adie, the barriers that she faces in dealing with them, but most of all, the unfairness of not being seen as having something of real worth by one, dismissed by another, and most of all, finding that the deals never end with demons. But at the same time, a deal is a deal and with Adie, it’s her dream that’s not negotiable.

Armed with new knowledge about the sexy demons who pursue her, Adeline Pond decides to stop running and confront them with an offer of her own. But will her carefully laid plans get her into more trouble than she bargained for, or will Adie finally get back on her feet and back to planning her bakery?

Join Adie on her (mis)adventures towards achieving a quasi-normal life among humans.

The art of the deal might not be Adie’s strong point, but being persuasive is. Still, the demons are being a pain, even if sometimes Adie might just want to have them all for dessert. But there’s baking to be done and boundaries to be laid down. The question however is, who’s going to break them and who’s going to be paying?

The work follows on immediately after the events of the prior work and things aren’t going any better for Adie. But she’s headstrong, her tail’s ticked off and most of all, those three demons aren’t going to get the better of her. I really liked seeing how she made her deal, how the others reacted and then, most of all, how Adie made herself part of their world, showing them that she’s not going to be a push over, or forgotten for that matter.

It’s the little victories that I loved most of all, the moments when flashes of Adie’s personality overcome the stifling personalities of the demons and where they live. I think it’s going to be so delightful when Adie puts her stamp on things and the demons discover just how much of a mistake they made in getting involved with Adie. They might have been better off giving her what she wanted in the first place, all things considered, and when push comes to shove in this work, the victory she gains in standing up to them was just perfect.

Lovingly written as all of the prior works, it’s still clear the author is having all kinds of fun with Adie and what’s happening to her. Again there’s little erotica in this part of the series, but there really need not be as it’s about gaining more insight on the main characters, all four of them.

A delicious read, Adie just continues to make me smile. I still have the hope that the next part of the series has the three demons be less confrontational and more revealing in what they want from Adie and why. That mystery remains and it needs to be part of the story, not lurking on the edges.

The series holds onto its strengths, the plot is developing and Adie herself seems to be coming more and more into focus. There’s problems ahead, without question, and much of that comes from the three pains in the tail she’s having to deal with. I’m hoping that friction will turn soon as its been going on almost constantly. Getting past what seems to be mistrust to the reasons why Adie’s so important matters.

But more so, it matters that she gets to do some baking again.

Demon Hunter (eBook)
Against the Grain: A Human's Guide to Wooing an Asexual Incubi (eBook)
Deal with a Demon (eBook)
Succubus Gambit: Playing For Keeps (eBook)
Her Cross To Bear (eBook)