A Review of Summoning Succubi by Frater Azrael

A Review of The Bimbo Effect by Devin U.P. 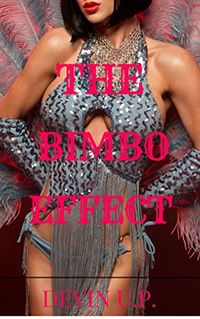 The Bimbo Effect by Devin U.P.

Occasionally I stumble across a work that, at first glance, wouldn’t seem to have any sort of connection with succubi at all. Still, KDP can be a useful thing to skim over a book before buying it and seeing if there’s anything within the pages that interest me. Sometimes it can also reveal a work that needs… a lot of work.

The book I’ll be reviewing today is one of those works in which a succubus is less of a character than a plot twist. A work that might have been more if the author had spent some time and effort in editing their words into something more readable and coherent. Perhaps the best thing I can say about this work is that the idea has merit, but the execution needs a lot of work to make it what it should be.

That’s a shame really in a lot of ways…

Adam and Felicia are a happily married couple who live in a small farming town. One day out of the blue a famous international celebrity decides to perform in the local theatre. The town is buzzing with excitement. Everything goes wrong when Adam and Felicia decide to go to the show, the weird sexual nature of the show causes the audience to become hazy and delirious and Adam who makes it through the show with his conscious mind intact begins to question his sanity and he finds himself unusually attracted to the performer Madame Claire. It’s when he makes it home that his life is turned upside down when he finds that his wife isn’t the same and dark secrets of Madame Claire, her plans for the small town are brought to light.

After the endless sex, Adam has a choice to make. His wife or his life.

Adam and his wife attend a show where strange things happen. Things get stranger still when they return home and when the truth is revealed, there’s a choice to be made that changes everything.

It’s a little difficult to understand exactly what’s going on much of the time as the story is told. There’s next to no editing, there are far too many spelling and grammar mistakes to list, but one example is: “This town if my new feeding ground, well it a lot more complicated.” Any proofreading should have been able to see the mistakes in that one sentence and similar issues repeat themselves throughout the work. There’s so many issues with trying to understand the work that it’s impossible to really care about what’s happening, or for that matter, really want to continue reading onwards. The characters are paper-thin, the erotica has no heat whatsoever. The plot was trying to be a mystery, in a way, but never really found its footing.

The confusing narrative becomes worse when the succubus, called Claire, makes herself known. She tells something about herself and honestly, that story was a lot more interesting than this entire work was overall. While she is a succubus, her nature isn’t made clear, there is some obvious mind control that happens, but there’s nothing really seductive about it and her intents are something close to a B-movie villain in nature.

The work needs a serious editing for dialogue, plot and comprehension. The story can’t seem to find its way at all and the addition of Claire seems like an afterthought with no real meaning. That also seems to be the best way to describe the ending as well.

It’s a shame because the overall idea and theme I thought would work, but it can’t when the work is so difficult to read and follow through on. I’d suggest the author find themselves an editor to help them find their words at least. More so, I think the author needs to see the path of their story, make their characters have more depth and most importantly, try reading out loud the dialogue to uncover the problems that exist.