A Review of The Deal by L.L. Frost

A Review of Huldra by J.P Knight 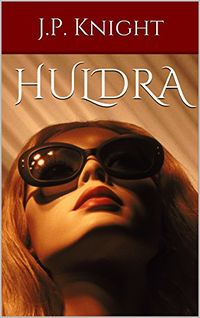 Not all those characters that appear in stories I review on the Tale are, exactly, succubi. There are other beings that are close to succubi, or are, in a way, part of the succubi family. This then brings me to a story about such a character who is, in a lot of ways, a succubus, but at the same time, isn’t quite as well. In the end however, the question isn’t so much what they are than it is who they are. That’s a question which leads to still more questions, many without any real answers.

There are questions which haunt in those moments when one looks into the mirror and sees who we are. There is temptation that whispers, need that pulls. But there is also shame, regret and, in time, comes resignation to what one sees in that mirror. But, sometimes, that image in the mirror isn’t be be all and end all. It’s where the truth waits to be found again.

Over eighty years after unintentionally killing a human man whom she had thought that she loved, a powerful and ancient huldra—a succubus originally from the northern forests of what is now Scandinavia—ekes out a minimalistic survival as an exotic dancer. Fearing that she will break her promise to herself to never kill another human being, she has chosen abstinence over her own immortality. Unwilling to truly feed and risk killing, and unable to sustain herself on just the lust generated by her dancing, she is slowly succumbing to the human weakness of aging.

But that is not her only problem. An unexpected and unwanted attraction to an unlikely man, combined with the strength and nature of his feelings for her, makes her question herself and the tightrope that she has forced herself to walk between her vow not to kill and her own suppressed needs. So when another similarly powerful predatory being shows her a path that might resolve her dilemma, she makes a bold decision, one that may place her in more danger than she realizes.

She calls herself Isolda, but that isn’t her name. It’s a front to who not only her real name, but who she really is. But the front cannot hide the truth she sees in the mirror every morning and the memories that pull every night. But a look across a room offers something she hasn’t felt in so long, and another reminds her that not all are worthy of her nature.

The main character of the story, who is introduced as Isolda, isn’t quite a succubus, she’s a being from the Nordic lands called a Huldra. There are quite a number of similarities between the two which the story uses to the fullest however. As the story is told from Isolda’s point of view, the ache of her need, how she refuses it, and the reasons why, are quite telling and they create a very complex narrative that tells a story that I couldn’t put down.

By the middle of the work, there’s a palatable change in tone, which comes from two directions. From one comes a connection which Isolda hasn’t felt for ages. From the other comes the heat of the hunt, brought by another who knows something of Isolda’s needs. The two aspects mirrored against each other open Isolda’s thoughts and once a choice is made, it is that moment when her story changes and the tone of the work changes as well.

The succubus aspects of the story I enjoyed, but there comes a point in the work where events turn brutal and violent. That’s not to say they didn’t make sense, for they do, but it’s more that the horror aspects seemed to be off in a way. If felt like there was something missing in Isolda’s thoughts which didn’t come out right and as this was the climax of the work, it might have been a bit more involved, slowed down and made to mean more.

The conclusion of the work offers something that Isolda didn’t have before, which felt right and filled in a void. The work ends on a point where Isolda has made her choice, seeking out something she’d been missing, but also proving to herself that she isn’t the same person she was at the beginning of the work. The truth spoken by her on the last page opened more story to be told and I hope that the author will, at some point, do so.

Isolda’s character offers quite a lot to explore. Her past isn’t fully told, her future is a question to be understood. There’s a lot of promise in that and while the ending feels a little rushed, it makes sense and connects an important plot well. But there’s so many dangling plots at the end, some of which could have been wrapped up better than the short notes that appear. It’s a fulfilling work and I enjoyed it. I just would have liked to have known more about the real Isolda than what is given.

The work is amazing and the main character is wonderfully complex. What’s missing however is reflections on her past, of the love she thought she had. It’s a missing part of the puzzle in the same way that there are dangling plots left behind when this work came to a close.

The ending offers a tease, a suggestion of what might be and it’s something I’d like to see explored by the author. There’s much that could be explored, the relationships deepened and they really should be. Perhaps they well and in doing so the questions about Isolda, not the least of which is her real name.