A D&D Succubus Speedpainting YouTube that has a story

A Review of Nefarius by Cinnamon Sin 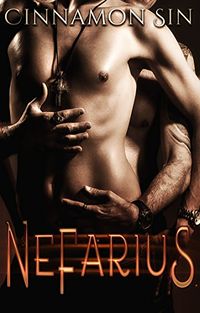 There are some book summaries that don’t tell the truth about what’s contained in the pages. They skirt around the story, sometimes being very untrue as to what things are about. There’s something about a summary that’s brutally honest, leaving nothing to the imagination and in doing so making it clear that the work is meant for a specific audience.

The thing about writing a dark story, with dark characters in a dark way is that, at some point, all that comes to be is the darkness itself. It’s not enough to have darkness happen than it is to actually get to why things are. There aren’t always answers, many times there are more questions, but somewhere along the way a reason needs to come out of the darkness and explain why.

I am not, nor have I ever been, nor will I ever be, a good man. If you are hoping for a story with an asshole hero who is basically good, close this book, go find a Veronica Del Rosa novel, and quietly forget about me.

My name is Nefarius Judge. I had a mother and, I assume, a father who did not give me their surnames or a family name. Instead, they named me according to my destiny. So let me put this to you as indelicately as I can, and let you judge if this is a story you can consume. I have murdered men, women, and children. I have stolen, beaten, raped, tortured, and terrorized. And I do not feel regret or remorse for anything I have done.

Nefarius is a force upon himself with little concern about the consequences of his actions. He simply is and what happens is what it will be from his view. Falling into his hands, souls darken as does his own and none are the same again.

The work has a particularly dark main character who, as a whole, has quite a number of aspects within him which suggests some incubus-like nature. It’s not overtly so, save for a few points, but that said, the character is extremely dark, having little else that makes up their form. That’s not to say there isn’t a kind of unstated honour to him however. He’s the spark that changes the others he pulls into his orbit, and in doing so the darkness that consumes him takes others as well.

There are some moments of erotica in the work, dark ones which have little to redeem themselves within. I found the erotica wasn’t so much heat as it was outright need and domination and at times that domination pushes the story into places which can be difficult to read. The work is clear, from the summary alone, that it has a certain focus and style and isn’t ashamed to state that point. It’s well that it does beforehand as it should be taken into account before beginning this work and reading the events within.

The writing is strong, the main character’s narrative is sharp and to the point. The telling of what happens to each character encountered is unreserved and brutal at times, but then that again reflects the main character and what drives him. From the perspective of the author’s writing ability and being able to set out the characters so strongly, the work is really well done.

Hopwever, I couldn’t find my way into the work, mainly for just how dark things were from beginning to end. If I was more into horror or the more violent aspects of sexuality, the work could be more appealing, but I didn’t find it to be. That’s not to say this isn’t a story with a point or purpose however. It’s one thing to write darkness well, it’s another to manage to hold my interest at the same time and this work didn’t manage that simply for the levels of violence that appear.

While the writing, characters, plot and story are very well done, I just couldn’t quite find my way into the story and that’s mainly because I didn’t find anything that held me to the story and want to see what comes next. It’s quite a brutal and violent work and it has its appeal to some, but there came a point for me where the darkness overcame all else.

Stories of darkness can be done well, and there’s little doubt that this work is a story of darkness, clearly offering itself as such. There is more to follow, the author leaves a note there will be further parts to this story, but I’m not likely to be reading onwards. Again, this is personal taste, not a question of the author’s abilities, and in that I wish them the best in their writing. 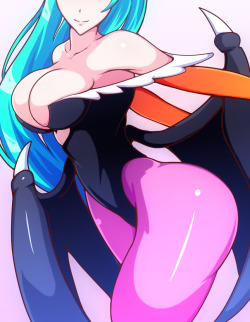