Succubi Image of the Week 497

A D&D Succubus Speedpainting YouTube that has a story

A Review of Succubus by Kamaya Tarpley 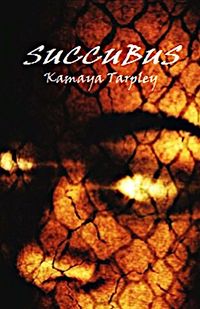 When stories are told about succubi who’s creation is from other cultures, that’s interesting to me. I enjoy reading how they are seen, what makes up their character. Similarly, the construction of their mythos, the beings that make up that world, matters very much as to how the story unfolds.

In the telling of that mythos, there is a need for the supporting characters to have purpose, a voice, to tell their own stories to support the main plot. It’s a bit of an issue when many are present, but you aren’t sure as to where they came from, or what their particular mythos are. The author well knows, I’m sure, but assuming that the readers do leaves a lot of storytelling not done and it should be.

In an act of survival, Kesse, a nearly 700-year old Ghanian Succubus mates with 18-year old Creole, Emeric Darbonne, resulting in her pregnancy. Little does she know, the New Orleans native is something else… An dormant Incubus, thought to be extinct for hundreds of years. Kesse and Emeric must figure out how to stop his change before their human child is born.

Kesse has been a succubus for a very long time. A fate she never wanted, a world she exists within, but cares little for. Drawn to Emeric, she finds the impossible has happened and it has placed them both in dangers untold.

There’s a lot of tragic moments throughout the work, really just about every main character has been harmed, or does harm, or knows of it. There are some darker moments as well which sometimes border on being almost stereotypical, or expected. Similarly, the ending of the work is telegraphed long in advance which means when it occurs there’s no real surprise in it.

The story moves at a very rapid pace, both in dialogue and in what each character does as it’s revealed. There’s not a lot of time given to exploring who the characters are, nor really a lot of time is spent in fleshing out the succubi of this work. Kesse, Jendayi and Lapis. They are three distinct personalities by far, but there’s a seeming barrier between who they are and the story overall.

While the story has some very good moments to tell, there’s a real need for some further editing to make the story read better. The story tenses shift back and forth depending on the character. the dialogue at times sounds a bit odd. That’s not from the accents, but rather in how often things are abrupt and not fully developed I think. Breaking out more of the mythos, deepening the characters and exploring them further I think would have made this a better story overall.

In the telling of the story, it feels like the author knows the myths they want to play with, knows their characters as well. But that knowledge seems not to have made it into the story, into the characters as it needed to. Fleshing them out more would have been helpful. There’s far more time spent in the “real world” setting out Emeric’s life than there is in explaining Kesse’s sisters, the bring they are beholden to, and what comes from that.

The ending was, at least for me, a bit disappointing in how fast things came to an end. There’s no real meaning, other than the obvious and it takes all of the building up that came before and made it somewhat irrelevant. That’s not to say it wasn’t unexpected, the ending is stated, by several characters many times before it happens after all. I didn’t expect a happy ending, considering Kesses’s thoughts and Emeric’s actions over time, but the emotional impact just doesn’t come in the space of a few short sentences. Especially not after all of the effort in telling the rest of the story.

The work needs some editing to make the story flow better, mostly in tone and tense. The telling of why things are, how things unfold, seems too rushed, too scattered and I think that took a lot of the emotional power out of the story.

The ending, rushed as it is, wasn’t that much of a surprise as a whole and how things end leaves a lot of questions behind with no answers to be found. That said, the construction of the mythos of these succubi was interesting, telling a different story of the succubi and I liked that as a whole.