A Review of Confessions of a Succubus: Volume 1 by Barbra Spencer

A Review of Succubus Sex Tales 1 by CJ Masters 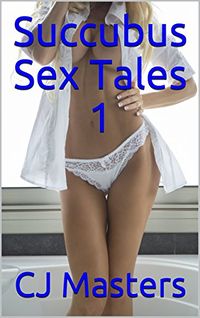 A review then today of a work with three chapters, three different encounters with the same succubus character who tells of each one. But while that part of the story is told, the story of the succubus herself isn’t and that’s a problem. Sex alone doesn’t make for a good story, and three short, fleeting moments do not make for good heat or allow for something more important. A story to be told.

Jezebel tells of three encounters in which her needs as a succubus are fulfilled in the most dirty ways possible of course, because that’s what she enjoys the most. Being what men dream of can be fun, but her delight appears when they come for her.

The work is a series of very short hot flashes that tell of Jezebel appearing to three different men and what each wants from her. The heat, at least for me, wasn’t much so and that mainly came from the speed at which each encounter passed, the feeling that little time was spent in developing Jezebel as a character.

Jezebel is a succubus, there’s no question, but she’s never seen as herself. She’s always appearing as someone else, be that a fantasy that doesn’t exist or a need that is seen every day. She talks about her need to feed on each man, what they give to her, but there’s nothing much said about her real form and that was a shame. More so, it’s clear from her actions that she isn’t a stereotypical succubus, which I liked, but there was no attempt to explore that part of her character, which left a lot of story untold and disappointed me.

The work needs one more editing pass, certainly to have more story told as well. The erotica meds more heat, more passion and there’s not the emotion that there should be at times. But Jezebel herself is the real shame, being a succubus isn’t who she is and that’s the story that was missing for me.

The work is far too short, really only a trio of adult movie scenes barely connected together. There’s no development of Jezebel, no real understanding of her personality, needs or anything else beyond the point of her needing to feed from those she is with. That’s a problem because sex alone isn’t a story and this work is mainly sex without a story to tell.

I’d like to know more about Jezebel, to see who she is, what her thoughts are beyond that of mostly drooling over the snacks she is about to enjoy. Telling that story with some heat would be far better than what’s here. As bits of movie scenes, there’s something here, but as erotica with a story, the work falls far short of what it could have been.