A Review of The Psyvamp and the Professor by Melisse Aires

Can’t really see the sizzle in this costume…

A Review of Inviting the Incubus Inside by Viktoria Skye 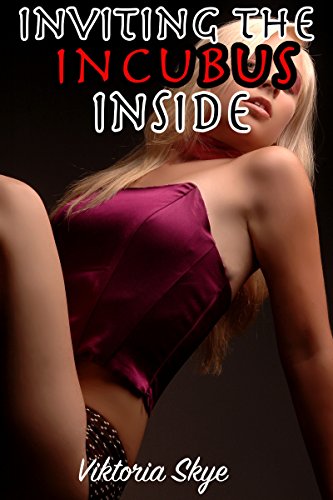 Inviting the Incubus Inside by Viktoria Skye

The one thing that either makes, or breaks, a story is the ending. There’s a certain tone that comes before in how the story is told and what happens to the characters within the work. Turning that story on its head by moving away from storytelling to something close to an adult movie script, erotica-wise, can be more than jarring, it can take away so much from the work overall.

In the same way, the suggestion that a character might be really interesting can hold a reader in the story, but when they are revealed to be stereotypically what is usually expected, that isn’t a good thing either.

Lindsey has always wanted to see a ghost. She never even had a boyfriend during school because she was always seeking the paranormal. But when she realizes she isn’t entirely alone in her new apartment, she’s surprised to find that it frightens her. Whatever is here isn’t just a restless human spirit.

She tries to deny it, she tries to act brave, she reasons that the wild things that go bump in the night are just dreams. Soon, she has to accept that the entity in her apartment is real and it wants something. Something only she can give.

Will Lindsey run screaming from her home into the night or will she find the courage to invite the incubus inside?

Lindsey discovers that she isn’t alone at home. There’s a presence with her, one that tempts and teases, seeking her out. But that’s not enough and she finds herself looking for human companionship. The problem is, the incubus in her bed doesn’t like to share.

The incubus, who is never named, is very stereotypical in their dominance, form, actions and needs. There’s really only one focus for him and it’s expected from the beginning of the work to the ending. That’s a shame because he might have been something more, considering how the work built up to his finally appearing. His language is gruff, he’s overwhelmingly dominant and Lindsey really has no choice but to go along with things until the heat turns and she becomes more enamoured with the incubus.

The erotica is the climax of the story, but it lacks heat, really being not much more than an adult movie scene in which a female character is made to be submissive. It’s very rough and at least for me it was unappealing as a whole. That’s mainly because the foreplay previously was far more seductive and the heat was so much better.

The ending was abrupt, uninspired and just seemed like the author came to a point where they decided that a cute comment was the place to end things and really it wasn’t. There’s a lot of unanswered questions, most of all what happens to Lindsey next and that would be interesting if for no other reason than to see how much she’s really enjoying what happens to her. Further to that, the question of the incubus, a comment he makes, brings the question as to who else might be in their clutches and that’s an interesting story as well.

The writing is odd in that there’s a clear change in writing styles from the main part of the work and the erotica and ending. That makes for an odd read and I don’t think it worked well. More personality in the incubus would have been good, but more importantly, there needs to be more heat than just domination.

The ending really didn’t live up to the rest of the work. It’s shallow, expected and overall turns the incubus towards being really stereotypical and that didn’t do much for me. It’s a shame that the story had to go from being very involving to a sex scene that didn’t have heat, was looking for a reason to have Lindsey dominated and then come to a crashing halt.

The overall build up was really good, the ending however just made me sigh and not in a good way.