A Review of The Offer by L.L. Frost

A Review of Incubus by Matthew Slough 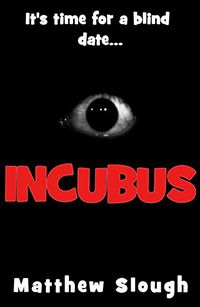 Book summaries are interesting things. They offer a glimpse of the story behind the cover. A suggestion of what might be told, an outline of the story that awaits and the promise it hold. The problem comes when the book summary offers a story that is interesting, but half of the summary doesn’t actually appear in the work itself.

This creates a problem in which a story is told, but the background that’s given in the summary isn’t. It’s a shame because sometimes that untold story feels as powerful as the story that is told. A half told story is still a half told story and more so when the title of the work offers a hint of what to expect and it doesn’t quite deliver.

Deep within the central Lowlands of Scotland, a mile from the River Clyde lies an area originally known as Cadzow. Long ago, around the time of the Battle of Bannockburn, Robert the Bruce grew distracted by war and allowed a powerful entity to enter his lands.

Now in the present day, the Hamilton Grange Hotel stands on that spot and amongst its memorial gardens something other than romance is stirring. It’s time for a blind date…

A story of events unfolding, encounters made and the moments that come from each. A choice isn’t always a choice and sometimes what is seen isn’t what’s real.

The work has a very unique way of telling its story and part of that comes from the crossing over, under and around of moments between the characters. As such, the story becomes somewhat confused as moments happen before they are fully revealed, characters appear to speak about things which seem out of joint or odd. It’s very much a puzzle where the pieces aren’t quite fitting together fully until the last few bits are found to join it all together.

It is a mystery, that mystery being in finding out exactly what’s going on, but not so much as to the why. More to the point, the book summary offers an idea of how everything started, but within the story itself there’s no point at which anything is explained. The past doesn’t matter as a whole, the focus is on the fleeting moments that the main character is pressed through and how all of the other moments get connected to them.

There is a supernatural aspect, that being the barest hint of an incubus, but if that wasn’t spelled out by one of the supporting characters, I don’t think it would have been clear as to what that force was. The incubus really isn’t the focus of this story, they are more of a sideshow, a glimpse of them appears only in the final pages when the story comes to the end in a rush, then passes onto the ending. I can’t honestly say that the incubus matters all that much as removing them from the story wouldn’t have made much of a difference in the grand scheme of things save for one short moment and even then another character could have been inserted in their place.

The way the story is told leaves little time for contemplation, to understand what’s going on before the scene switches, another aspect comes to the fore, and the story rushes off headlong once more. In doing so, there’s no development of the first part of the book summary that suggests another, untold story that I think would have been as interesting as the story that actually came to  be.

This really isn’t a work focused on incubi as such, it’s more about the surrounding characters than anything else. There’s a lot of story left untold, which is a shame really. I’d have liked to know where all of the events in the work started from, the book summary offers a hint, and I wish that had been more involved.

There are a small handful of editing issues, a word or two that doesn’t fit the sentence it appears in. The characters are a little thin, a lot confusing, and by the end of the work I was left wondering what happened, why it did, and most of all, how it all linked together not in time, but in meaning.

There’s really not much in the way of an incubus in this work as a whole. There is an incubus eventually, but that is fleeting and almost immaterial to the balance of the work, how things develop and the ending.

A complex read with it’s moments, but I thought it was too rushed, too confusing and perhaps a little time spent in telling the past as suggested in the book summary might have made for something more than this is.