A Review of Clockwork Dom Episode 1 by Shiloh Saddler

The Goddess by Aria

A Review of Saints and Sinners: Tales of Temptation and Innocence by Victoria Bai 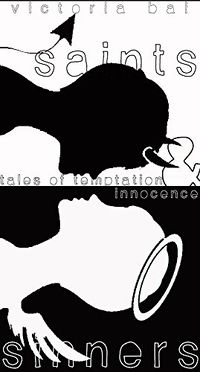 Saints and Sinners: Tales of Temptation and Innocence by Victoria Bai

A review today of a work in which one of the two stories has an incubus appearing as one of the characters. The first work has a vampire theme, and as such I won’t be discussing that story in the following review. The thing is, in all honesty, the second work, Angelus, really stands very well on its own overall. The story is well told, it’s interesting and there’s a lot to like overall. I’ll just say up front that the author might be well served to take this story, expand on it, and release the story on its own for how captivating it is.

There are two sides to every story, every moment and more. There are angels and devils, light and dark, good and evil. But sometimes there’s one aspect of one’ reflection, and oneself, that exists in spite of all else. Accepting that truth leads towards enlightenment, but also having one’s desires made real.

Two tales of the light versus the dark: Jordan and Tony are normal college students who find their world turned upside down when they are caught in a deadly vampire game of love and death; Guardian Angel Kai is perfectly happy looking after and loving his human, Johan, until one day a cosmic game of heaven vs hell makes him confront his very human desires and wants.

Kai has a problem and his name is Johan. It’s hard to be an angel, especially a guardian angel and facing something you’d never expected. Things can only get more complicated when you discover there’s another you, they are a devil, and they want the human you have been watching over your entire life. Sometimes the truth hurts, sometimes it can set you free, but along the way even an angel, or a devil, cannot ignore the most powerful thing in the universe.

The second work in this collection, called Angelus, is a delightfully romantic, heartwarming exploration of desire, understanding and growth. A complex story, well thought out with characters that have depth, emotion and more. The exploration of Kai’s nature, his existence, is quite telling and his path from start to end held me throughout.

There are several revelations within the work, characters appear that are just different enough from what their stereotypical expectations are that a quirky sort of humour is ever present. There are some very deep and emotionally draining moments, but then the humour appears to lift the story back towards the joy it is overall.

This isn’t a work of erotica overall, though there is a light touch of male/male sexual situations. Those moments involve a lot of self exploration, save for one scene that was a bit harsh, a real contrast to the rest of the work, but it also drove the story towards a climax, a choice, which needed to happen. It’s more about figuring out one’s needs, the relationships involved, and coming to a choice.

The incubus of the work, called Devil Kai, is a reflection of the angel Kai in many ways, but he’s not a faded mirror image. His character is very strong, mischievous at times as well. At the beginning he’s a bit dislikable, but over time there’s a change in his character, one that takes much of the story for him to come to terms with and understand. While he is an incubus, he doesn’t actually use his powers so much as being a seductive temptation an playing upon his looks and character overall. That works really well, save for that one scene I mentioned earlier when he “turns” in his persona and it bothered me.

The climax of the story wasn’t exactly unexpected, some hints were being dropped at several points in the work, but that didn’t take away from the importance of the moment. I felt the resolution of the conflict between Angel and Devil Kai was too quickly done however. There’s very little time spent in the two coming to terms with each other before the story rushes off towards the conclusion.

That conclusion makes quite a lot of sense, but it also reflects upon human nature, the two sides within each soul. Much like the climax however, it was a bit too fast, a little bit too rote in where it ended. That’s not to say it wasn’t a satisfying conclusion, for it was, but rather I was left wanting more than the ending that was.

Well written, the how the two Kai’s interact was fun, telling and amazing. Johan’s needs and shaping of the relationships that come to be was amazing as well. I do wish this work had been released on its own, and made far longer than it is. That feeling of being rushed at points in the work made me wonder if there are scenes and moments left out, and if so I wish they hadn’t been.

I really loved Kai’s story very much, the emotional impact, the humour and the development of Kai, both of them, as characters was delightful. Overall the story was a wonderful read, more romantic and and exploration of the two sides of love, and I thought that was wonderfully done.

The only flaw that still nibbles at me comes to the moment when the two Kai’s have their moment of understanding. I wish that had been more of a revelation than it was, all things considered. It works, there’s no question, but it lost some of the importance because of how fast it happened, all things considered.