Succubi Image of the Week 490

A Review of Demoness by Misty Vixen

A Review of The Wrapture by Castiel Vitaro 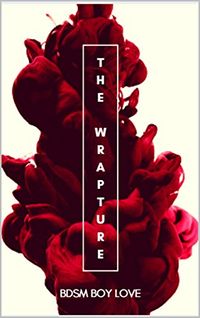 The Wrapture by Castiel Vitaro

Much of that feeling, of course, is in the mind of the reader. For myself, I don’t particularly like the idea of submissives being hurt or harmed, their trust being damaged to the point of pain or suffering. It’s far more interesting for me to read a work in which a connection is made, a promise given and what comes beyond that is a relationship that’s more than the needs of each. It’s the story of the desires which I wish to see.

Gino has a problem and his name is Raven. Being the Master requires a certain hand, the holding of control in both mind and body. But when one’s perfect submissive is found, little else matters save their being. The journey to that moment of bliss which comes with the finding of one that just is the need, is one that carries trepidation but also the promise of desires finally fulfilled.

The work is a story about a male submissive’s journey from the cruelty of a want-to-be Dom to a world that is beyond anything they’d expected.  The part of this that I thought was the most interesting was the contrast between humanity and that of the incubi and succubi. While each has their own world, there’s a sharp declination within the other world, a hierarchy which added a great deal to the main characters and those around them.

Raven is a cypher, for the most part, having numerous aspects which are touched upon, but not quite delved into as much as I would have liked. His physical traits, how he carries himself, his reactions to learning of Gio’s true nature beg so many questions about him, but they aren’t quite made the focus of things. His journey is a telling one, a rollercoaster of emotion, and it’s a bit hard to read at moments. That came, for me, in the pain he suffers through before his wishes come to pass and his joy of being with Gio is given voice.

The erotica runs throughout the work, several parts are loving and caring. Others are severely dominant, occasionally a bit more the top for my liking. There is a real connection between Gio and Raven, which I loved, but the harsher aspects of their connection made me sigh at times. I prefer a softer hand in being dominant, holding the trust of a submissive. As such, when things turned hard edged. I didn’t like that as much as the moments when Gio and Raven’s need for each other pushed past the role each had to the need they held.

The work needs a minor editing pass, there are some spelling mistakes, a few words misused here and here. I’d also like that the story was tightened up somewhat, there are several plot threads that appear, start to be told and then are tossed aside for the next moment to arrive. The exploration of both Gio and Raven’s characters I think could have been deeper, going part their D/s relationship. Who they are, beyond their natures isn’t told. I really wish it had been, as that would have made the work far more a delight to read.

I just feel like there are some missing threads started that don’t go anywhere, some events occur without reason or understanding. Overall, much of the D/s relationship is well told, if not to my particular tastes however. I don’t personally subscribe to the things that happen to Raven at times. I can’t, from my own past, accept that pain needs to be part of a D/s relationship. While that is how the characters are, and that aspect holds true throughout the work, it didn’t appeal to me.

I liked Gino and Raven as who they were, not so much what they did. As the work ended in a way that suggests there is more to come, I’ll hope for more story about Gino, more revealed about Raven and the mystery around him. That, to me, is far more captivating than the erotica and the violence that appears along with it at times.