A Review of Familiar by Amelia Ravenhearst

Shiny and sexy mostly works… shame about the tail though

A Review of Lost In Her by Andrew W. Gregory 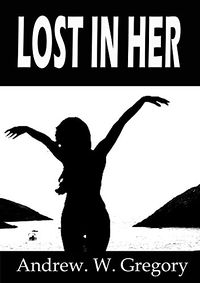 Lost In Her by Andrew W. Gregory

There are some works that tell a story from one characters perspective and by doing so they leave quite a lot of plot, depth and emotion set aside. A story told in a monologue, a single unvarying tone, seems to be missing something. Following a character as they try to understand what is going on about them is a start, but if the story teases the meaning behind the actions without form, then the story is left in a void, unable to fill it.

I feel there needs to be an emotional connection with the story, certainly with the main character, to make me connect with the words, to become invested in the story. If that doesn’t happen, it’s difficult to find my way into the work, or more importantly, to enjoy the story as I dearly want to.

Have you ever become infatuated with someone? Have you ever thought that what you were feeling was love? Sean Jacobs knew far too well about such feelings. A trip to the lizard coast of Cornwall for business had enlightened him to such things. The experience was memorable to say the least. Yet lust and desire are very different to a natural love. He loved his wife. Loved his son. The dancing lady on the beach had nothing to do with love, but by the time he realised that, there was no turning back. No escaping the horror that unravelled.

Sean finds himself bound to a small village where he encounters a mysterious woman that holds his thoughts and imagination. But as time goes on, the world turns darker, the light fades and the truth becomes a fate Sean cannot escape.

The work is told from the main character’s perspective and in a way that’s very monotone in the telling. There’s amazing detail, Sean’s thoughts are deep, troubled and sometimes jumbled such that he’s lost in what is happening around him. In the same way, the village, the setting overall, is dark and mysterious, confusing and lost. It’s difficult sometimes to work out what’s happening with Sean and at others the sheer panic that comes calling cannot be escaped.

As such, the writing is very good in how Sean’s fate is played out, the moments of loss and self-recrimaiton are very strong and well told. At the same time Sean’s voice in the story doesn’t really change. Emotionally he seems drained from the beginning and as he is drawn deeper into the web, that drain pulls so much out of him that by the end of the story there’s little left in him.

The mysterious woman of this story can be said to be a succubus in a lot of ways, there’s many points at which her appearance, what she does, seem to suggest it. At the same time, there are aspects of her which seem to offer more of a Mare tone to her. Either way, there’s no question that she is dark and foreboding. But she’s not much more than that. Sean is the focus of the work, as he should be, but the woman, never named, never speaking, remains a ghost, a shadow, a nightmare on the edge of perception. Little is learned about her, save for her actions with Sean which don’t really tell much overall.

Overall this is a very sad, very dark work that’s filled with the confusion of the main character as they are led down the path towards the conclusion of the story. It’s mainly a piece of horror fiction through which Sean’s entrapment is revealed. A bit too monotone in the telling, I would have liked more to be revealed than the fragments that were.

It’s a complex piece of writing which will appeal to some, but personally I couldn’t quite find my way into the story as deeply as I’d have liked. One side of a story isn’t telling everything and the mystery, while well created, seems to be unsure of itself and more concerned about toying with Sean than getting past the tease towards something more emotionally compelling.