Succubi Image of the Week 487

A Review of The Incubus’s Kiss by Bree Branigan

A Review of Seduced by a Demon by Rick Mann 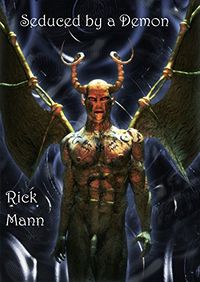 Seduced by a Demon by Rick Mann

Sometime ago I reviewed the second work in a series called the Seduction of Sin in which a succubus appeared and you can find that review here on the Tale. The work left a lot to be desired in a lot of ways, but having come into things with the second work, I went back and this review will be about the first work in the series.

It’s difficult to follow a story when it tends to ramble, dance around the main plot and otherwise spend a lot of time adding what feels like filler to what otherwise might be an interesting story. More so when there’s nothing attractive, the characters are flat and there’s nothing but bad things happening. That’s a thin story, as a whole and no amount of erotica mixed into that can, at least for me, make things a better read.

Lucy is a beautiful college student who is having a very bad day. But when she finds a special book in the university library, everything in her life is about to change. The book is old and magical and it contains a spell that supposedly summons a demon named Xathulu.

Casting the spell sets into motion a climactic showdown and a sexy romp between Lucy and the devil demon Xathulu, as she seeks to fulfill her destiny and her lustful passions. This is the outrageous story of a hot and handsome demon and the woman who wants him bad!

Lucy’s at the end of her rope and there’s nothing left for her to hang onto. Finding a book and speaking the words within brings into the world a demon with one intent. But things still go wrong, Lucy makes a fateful choice and with that comes nothing but darkness.

Xathulu, the other main character, is shallow, uninteresting, and serves only to provide a means for Lucy’s downfall in various ways. There’s no depth to him, being very one-dimensional in his goals and what he intends with Lucy. While he plays upon many of her sexual needs, he’s less of an incubus than a stereotypical evil being. It’s a shame because there might have been more to him as a character, but that doesn’t happen.

The erotica had no heat for me, there wasn’t anything that I thought was interesting overall. There’s no passion, nothing gained save for Lucy’s downfall to Xathulu and then the story goes off the rails into turning things darker and darker. The ending is abrupt, seemingly within much purpose and while it is, in a way, a cliffhanger, I didn’t find myself wondering what came next.

The writing was a bit uneven at times, at several points in the story I found it difficult to continue reading and that was mostly caused by how indifferent I was to both of the main characters. I needed to be involved with them and their story and it just didn’t play out that way for me.

There’s really very little in the way of story, a lot of possible tangents are passed over and that’s a bit of a shame honestly. No real heat to speak of, a rather dark story overall and the storytelling rambles around the plot lines, never really having a focus. As for the incubus himself, there’s very little there to be found.