A Review of Incubus by Kat Cotton

A delicious work of costume art…

A Review of Hungry Touch by Shona Husk 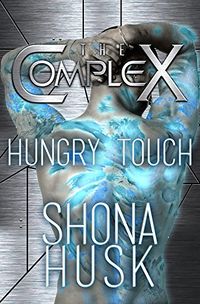 Occasionally incubi appear in science fiction, and for me the thing I look for is, how that works, exactly, with who they are and what they can be. Beyond that, comes the question of their society, how that functions, and, hopefully, that the conflict is one with purpose, not something that is a flash in the pan, to be forgotten.

A review of the first work in a series where supernatural beings and humans are thrown together in an attempt to overcome their own prejudices against each other, with the hope for something more.

The past haunts each of us. Some live with it, some are controlled by it and then there are those that see more than the past. They see the future.

The small population of Incubi in the Complex is clinging to old traditions and shunning contact with other species. Each year, the Incubi fight for the privilege to lead and mate. Only one can win. Kearn Layk never planned on winning, only doing better than last year’s previous dismal result that left him at the bottom of the pack. A year’s worth of secretly training more than paid off. He shocks everyone and wins. In the process, he makes an enemy of the man who was leader. Now filled with the burning desire to find a mate, he goes in search of a woman.

Phoebe Evans came to the Complex to reinvent herself. Being surrounded by the Metas is as strange as it is fascinating, but she hasn’t had the courage to date one yet. Then she meets Kearn. He’s smart and interesting and most definitely not Human.

Incubi traditions and Humans desires clash, and as new ideas are tested, old enemies rise up and threaten lives. Not everyone wants to see the Complex succeed.

Kearn has done the impossible. The weakest of his kind once, now the leader of them all. The incubi have been held alone, apart within a world in which there are possibilities, never explored before. With but one moment to find a mate, to secure a future, he encounters Phoebe, a human that captures his thoughts and his needs. An unexpected twist brings for them both a new life, but as well, there is the past of the incubi that does not wish to let them both be.

The work is a very complex tale set in a future where supernatural beings exist throughout the galaxy along with humans, neither having the best of relationships or history. The Complex is a chance for things to change, for those willing to at least try. This then is where this story is set, a place where incubi are thought of as parasites and humans it seems have little contact with them. Until things change.

There’s quite a lot of time spent in telling of the incubi, their society and how things work, which I rather enjoyed as its something that needs to be told. In doing so, the author avoids an information dump and all things considered with all that had to be explained, that was amazingly well done. There is conflict, both around Kearn and within the incubi themselves. It’s not silly, it makes sense and the devolving, and evolving, of them all is quite telling. The relationships within Kearn’s society are unique, as are the incubi themselves. They aren’t the classical sort of beings, they are unique to themselves and the painting of that picture left a strong impression.

The most telling of all comes from how they see themselves and how others relate to them. The references of “parasite” are very strong, emotional and they suggest something about the incubi, their society, but most of all, it leaves some real questions about their past which aren’t explored as much as I’d have liked.

Kearn is confronted by racial undertones, internal struggles within himself and the past leadership of his community. That strife has a telling impact on all of the characters, there’s no singular overriding choice made by them all. Each has a thought, a position and while that comes to blows here and there, it isn’t cast aside for a simple solution. Because there isn’t one for anyone.

Phoebe, the female lead, is wonderful in her strength of character, what she is looking for. She’s not helpless by any means, but there is one certainty within her that causes friction between Kearn and herself. It’s very real, very apt and there is a lot of miscommunication between them. Again, it makes sense, it’s not simply overcome. It is a battle between them and within them that, mixed with the society of the Complex and the upheaval in the incubi, leads to the character development that I really wanted to see.

There are, of course, a lot of things left unexplored and unanswered. Much of that is the past of the incubi, which was a bit skimmed over, needing I think a return to their leader off of The Complex, to see why things happened as they did. The future of Phoebe and Kearn is hinted at, strongly, but left for the reader to wonder about, which is fine as how the work ends isn’t sudden or off putting. It’s satisfying for the most part, save for a little nitpick here and there. Then comes the question about succubi, none appear, or are mentioned in this work. That’s a rather large story left to the side.

Well written, I loved the characters, the storytelling, the work as a whole. Nothing took me out of the story, the plot and dialogue making sense and sounding right. Most of all, the main characters are true to themselves, not being written one way and then turning on themselves. A strong start to the series and I enjoyed the work very much. I just wish there’d been more about why the situation was and some of the hidden intrigue being brought to the fore and explained more.

I’ve have liked to know more about the home world of the incubi, I’d like to know if there are succubi in this universe as well. More so, what happens if they meet? The universe is interesting, there’s a lot to be explored here. Perhaps that will come in time, there is an entire series after all. A teasing start with lots of questions unanswered and an uncertain future. That’s a good basis for a series and what is to come.