Succubi Image of the Week 484

A Review of The Summoner Anthology by Tsukasa Ito 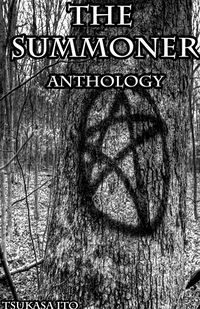 The Summoner Anthology by Tsukasa Ito

Lyssa is a young sorceress with something to prove. She starts dabbling in the dark arts of demon summoning. However, what she ends up summoning doesn’t quite turn out as she expected and she quickly finds herself become a sex slave to the demons she thought she could command.

If that wasn’t enough, she then takes on an apprentice, who quickly finds herself in the same position as Lyssa…

The work is a pair of short stories in which Lyssa summons two different creatures and then finds herself having sex with each of them. There’s little to no character development, the dialogue is very flat, and as a whole the focus of the work is mainly in seeing how many different ways Lyssa can be toyed with as a whole.

The first work is mainly tentacle sex with some setting up of who Lyssa is, the second follows Lyssa taking on an assistant through which the pair summons Demona, who for all intents and purposes is a succubus. Much like the main characters, there’s nothing really told about Demona, she really only caring to dominate both Lyssa and her apprentice.

In both cases, the short passages setting things up show some promise to be seen, but as soon as there’s any possibility of sex, the story immediately rushes off to it, leaving all else behind. As such, both scenes are attempts at hot flashes that really didn’t have a lot of heat in either. In the second work, Demona uses a bit of mind control, there’s some forced domination as well. But that’s not enough to raise the heat of the scene or make it interesting.

Not really a book about a succubus, more a story about how things go wrong for a sorceress and in so many ways. The erotica isn’t hot, the characters are thin and the dialogue adds little to how the story is told. The idea is a good one, but then the entire series is far too short to do much with it, save rush to the sex.

That’s a shame, it could;d have been something more than that.