A Review of the Lust’s Price series by Quixerotic

A Review of Call of a Succubus by April Garrus 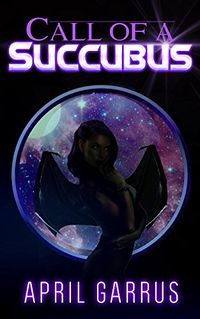 Call of a Succubus by April Garrus

I happen to think that Succubi appearing in science fiction universes can be one of the most amazing things to read. There’s a certain delight in seeing that regardless of how far humanity goes in the universe, how far their reach is, there remains passion, seduction and through that, succubi remain a presence, as mysterious as that might be.

Seduction is, after all, a need in some, a desire in others and when that comes together, the thrill in finding one’s own needs can be sated can be overwhelming. Then the question isn’t how, but who the temptation is and what they can offer in return for opening the door to a fantasy needed by another’s soul.

For heat and passion alone is only the beginning, not the end of the story after all.

A woman has needs, but they can be hard to fill in the depths of space. Tiris Longsword, one of the greatest bounty hunters in the galaxy, is alone and unsatisfied. Too busy for men, and too frustrated for toys, she is desperate. When Oriel appears, she promises Tiris something more…something unearthly.

Tiris is conflicted. Who is Oriel? Where did she come from? Should she give in? Can she hold out? Will her life ever be the same?

Tiris is a woman on a mission, and she’s one of the best at what she’s best at… bounty hunting. But a lonely life means certain needs are let unfulfilled and needing. In the darkness of space, someone can hear her need and is more than willing. The question isn’t what Tiris needs, but rather what she will give up for Oriel’s touch and the thrill she brings.

This work is a hot flash which revolves around Tiris, who is a wonderfully complex character with needs, wants and desires looking for an outlet to sate them all. It’s a sham that the story is so short as the events before Oriel’s appearance hint at an amazingly complex story universe, Tiris, a character that has wonderful depth, and a need which provides the opening to a quest, a story, a need that could take a multitude of stories to tell properly.

While some inroads are taken to tell a small part of who Tiris is, the story leaves one mystery barely scratched upon and that is who Oriel is, what she wants, and what the place of her kind in this universe is. The raw sexual need of Tiris attracts Oriel, and the telling of the fulfillment of that need is an amazing story, but it reads, and feels, so much like a tease, a hook for Tiris and at the end of the story there’s so much left unsaid and unexplored.

Oriel, in so many ways, appears to be a succubus, acts like one, draws Tiris to her like a moth to the light. She’s powerfully seductive, hooks deeply into Tiris’ needs and desires, and the telling of that fall is wonderfully hot. There’s not much explained, little explored, and that does work in the context of the story’s moment, but leaves so much to the imagination.

The erotica has wonderful heat, the connection that Oriel has with Tiris is a delight and I loved each and every moment of the tease, the capture and the submission told. It isn’t crass, it’s not erotica without meaning, there is purpose. I just wish there had been more told of who both characters are beyond the moment of passion unleashed, fantasy fulfilled.

The work seems like the opening to Tiris going on a quest to find Oriel, to find her place in the universe. That’s a wonderfully hot story on its own, but how the story closes left me wanting, asking a lot of questions, needing more. It’s a bit of a letdown, all things considered seeing the face of Oriel’s power, her will and how Tiris react to that.

A hot flash that leaves so many questions unanswered and waiting. I’d dearly love a follow up work, telling more about Oriel, who she is, what the place of succubi in this universe is. It’s a tease, but a delightful one which leaves the hope for something more to come from this. Succubi in a sci-fi universe interests me, and when it’s done well, that’s a delight to see. More of this would be wonderful and I hope there will be.