A Review of Demoniality by Eris Omen

A Review of the Dark Rhythms series by Magi Silverwolf 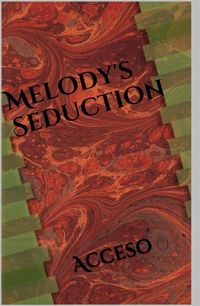 From time to time I post reviews of stories that appeared years ago. I do so mainly because in most cases the works were never reviewed in the first place. It’s a shame that there’s so little reviewers of erotica. Another shame is when a series starts, is terribly short, offers something interesting and then abruptly ends leaving nothing but questions behind.

Exploring erotica takes heat, of course, but it also takes the moments along the way to tell the stories of the characters, why they make the choices they do, and the world they live in. But trying to do all of that in a rush never works well.

A review then of a very short and rushed pair of works that offered something interesting, but never did anything with it beyond some flash and heat.

It was one night of undeniable passion between two strangers. He didn’t just seduce her–he consumed her.

The second work, which you can find here on Amazon, tells the story of:

The fire between them crackles with continued heat. What started as a one-night-stand has turned into a tag-of-war. He is a hunter and she makes delicious prey.

A story of the needs of two, the seduction of one, and the conflict when a third discovers what has happened. Melody isn’t sure why she’s enthralled by Mikhael, but the questions are drowned out by the heat that consumes her while Mikhael cannot resist the heat that burns him in return.

That said, the heat in the erotic moments, the seduction that builds towards the encounter is really well done. There’s a lot of need, craving and more in both characters which pushes the story onwards at breakneck speeds and that’s the problem. As both works in the series are so short, there’s not enough time to tease, to entwine them both together as much as I’d liked them to be. It’s not a cold and meaningless encounter, both Mikhael and Melody have the connection, the desire to be together, but there’s no attempt to really get into the background and meaning of this.

Mikhael is a mystery throughout the story, there’s a bit of a smug attitude around him which at times didn’t do anything for me. Melody’s life is a lot more fleshed out, both her in character, her life, what she does away otherwise. But again, there’s something missing about her. It’s like there’s something more to be told, but the proof of that never develops and is only hinted at.

The works are much too short, there’s little time to develop the characters and when yet another is added to the mix, she’s there as a threat, clearly so, but then is gone in a flash. The work needs to be edited more to create more story than what’s given. There is a story here and if there’d ever been a series further developed, it would have been quite a read. But it wasn’t, we’re left with a pair of teases and little to hold onto.

The series didn’t go any further than these two short works and then nothing more came from it. That’s a shame because there something interesting about Melody, Mikhael and others, but there’s not a moment to really get anywhere with the characters beyond the seduction and the erotica.

The hints about Mikhael, that there’s something else going on with Melody, would have been fascinating to see told more of, but never will be it seems. That all said, there’s just not a lot here beyond a well told seduction, a flash of heat and then a mystery never brought further, which is a shame.