A Review of the Dark Rhythms series by Magi Silverwolf

The Delight in this costume is when you take it off…

A Review of Demoniality by Eris Omen 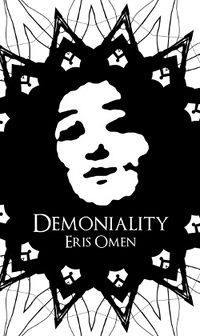 A few thoughts today about a work I discovered which looks at the mythos of succubi and incubi from the perspective of dark magiks. There are very few works which I have that take a more scholarly approach to the concepts of sex magic, succubi and incubi and so on. It’s interesting to read a treatise in which the focus isn’t on the fantasy, but rather the perceived realities.

However, being that this work has a certain viewpoint, audience and focus, it is rather a darker tone overall. Still, there are things to consider and reflect upon, but then that brings a question to be asked. Are all things as they seem, or are they something other? Is there some kind of understanding to be found? Is there some meaning or is it simply scattered thoughts without focus?

Demoniality: A Look at the Phenomena of Incubi and Succubi or Sexual Intercourse with Demons

A work examining the world of magic, its relationship with sex demons, succubi and incubi. A consideration of their forms, their actions, and the aspects of encountering them and the results of doing so.

As a whole this work reads very much like a paper one might find in a university library or similar source of knowledge. It’s quite short, really a series of short passages in which the author describes various aspects of succubi and incubi in their form, actions and more. It’s not deep in detail, reading as a summary of what is known, what is expected and what comes from such encounters.

To be clear, this isn’t written as fiction, it is a serious contemplation about succubi and incubi from the perspective of someone that is familiar with the world of dark magik, sex magik and those knows as dark magicians. Whether one subscribes to this point of view or not, there’s no question that the author has spent time considering things and putting the pieces together as they can.

While there is focus and some detail, the work is a summary with the occasional bit of detail added to expand certain sections of the work. For those looking for summonings, this isn’t that sort of work. It is, more than anything else, information to expand one’s horizons, if from a perspective that takes succubi and incubi and holds them to be what their myths expect them to be.

Now, I’ve said many times that I don’t agree with that, but that means little in my considerations of this work. My issue comes more from the summarization found. There’s just enough detail to be interesting, but it doesn’t expand upon that. In many ways this work reads like a collection of larger works was boiled down into this treatise, leaving the core not delved into. That is where my disappointment comes from. There’s enough to be interesting, but there’s not enough detail and expansion to lend life and depth.

Overall, it is interesting from a scholarly perspective. The detail, the examination that the author goes into is fascinating to me. Whether one subscribes to their thoughts or not, there are things to think about and it’s that which interested me. However, it is short, it lacks as much detail as I was expecting to find. I wasn’t looking for an ancient tomb of knowledge, but I was expecting something more than summarization.

As a reference, the work is useful, beyond that point, the rest is left up to each reader to decide upon.