A Review of Fortuna by Julie Law

A Review of Incubus: A Jacoby Ash Creature Feature is by M. R. Stover 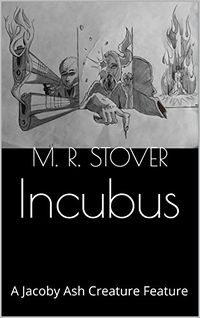 The one sort of story that I have the most issues with are those in which the summary offers something interesting and then the story doesn’t deliver on that. A work can be described in a way to make it very appealing, but then having the story be a handful of pages with scattered thoughts, no direction, no character development doesn’t work. More so when the story just reads as being close to an encounter in a role playing game that’s being summarized and put to paper.

A story that begins with a battle is one thing. A story that never really develops the characters, tells a cohesive tale is another. But then, what can one expect in a work of five pages in length?

The Incubus, Xaphan has defied the order of Hell by enslaving a human woman’s mind and body as his own personal sex doll. By doing so he violated the Balance of Nature that all things stand upon. Join Jacoby Ash, Hell’s own Hitman as he hunts Xaphan from Earth to Hell. Fighting Demons, Succubi and facing other dangers.

The book summary is rather misleading as a whole. It explains the background of what’s going on, but it doesn’t really tell what happens in the work itself. A better summary might be: A incubus and a demon battle, one loses, they go to hell and the fight continues.

There’s no appearance of succubi in this work, the incubus, Xaphan has one or two lines of dialogue that add up to nothing character-wise. There’s no character development, there’s no explanation about any of the characters that appear. The work only focuses on a short, violent and confusing battle which ends in a way that makes little sense before turning into another battle and moving onwards.

Really, that’s the core of this work. One demon against a number of others, using various weapons, making the occasion snarky comment and then fighting on. That’s not much of a story as a whole. It’s less than a scene, less than a moment. Really the fighting is told in summary, with some highlights of pain and grunting before the next punch is thrown or weapon used. As odd as it seems, there was more told about the weapons than the characters here, which says something I think.

The work is far too short, it has no purpose or direction. The characters are thin, not developed nor is anything explained. This isn’t so much a story as it is a piece of role-play and one that didn’t interest me at all. The author would be well to rewrite the entire work, expand on what’s going on, actually use their summary as an outline and write to that. That could make things interesting, but what’s given otherwise isn’t.

The work is a pamphlet at best, the story is thin, there’s little direction. The story summary offers far more than what this work delivers and that’s a shame. But it’s more a shame that the reader is dumped into a story with no idea of who the main character is, what is going on or why. There’s just so little comprehension to be found. A summary is good to tell something about a story, but leaving that summary to carry what otherwise is a confusing tale isn’t going to work.