A Review of Incubus: A Jacoby Ash Creature Feature is by M. R. Stover

A Review of Fortuna by Julie Law 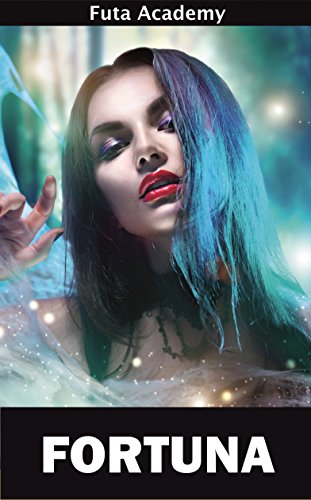 Relationships within stories matter, they help to drive the plot, give depth to the characters themselves. Not all relationships have love, some are very dark and troubled. In the same way, the past of a character can shape them, whether they know of that or not. It’s the telling of that past, how it links to the relationships that brings life to a story overall.

A review then of the first work in the Futa Academy series by Julie Law in which knowing one is a succubus isn’t the answer, it’s the question that leaves many paths open. Not the least of which is, in the end, not what am I, but rather who matters the most.

Despite being one of the newest academies of magic, Fortuna commanded respect and its opulence made it a very attractive prospect for any promising student. Gretchen didn’t care about it, she wasn’t there by choice, but she found that escaping from the grasp of Fortuna’s staff was almost impossible.

It gave her a unique chance. She had been on the run since her parents were killed, living on the streets, fleeing from town to town, trying to avoid those her paranoia said were out to get her. Fortuna could be her home, her fellow students her friends and protectors, but there was something more to it all. Someone wanted her there, someone who knew what she was, and it made her afraid.

She was one of the last succubus on the planet, and unfortunately there would be many who would want her to disappear …

Gretchen knows she’s a succubus, but what she doesn’t know is why there’s so much interest in her from a place called Fortuna. Upon arriving in her new home she discovers three truths: She’s more than she realized, her life is in danger, but most of all, there’s someone that loves her. For a succubus, finding love is impossible, but then Gretchen isn’t just a succubus after all.

The work is the introduction to a new series which, at least from the title, suggests here will be a lot of futa themes in the series. Interestingly, there’s not that much actual futa erotica, save for one scene at the end of the work. That actually allows for the time to set up Gretchen as a character, introduce those around her, and start several plot and character arcs. The setting is a mix of steampunk and magic that has a flavor of its own, setting up a unique universe in doing so. There wasn’t as much detail in that as I’d like, but the little hints of things were delightful and I’ll hope for more world building in the future to come.

Gretchen, the main character of this work, is a succubus, but one with a human form. She’s thoughtful, but brash, eager and yet afraid. Her past hasn’t been the easiest of things, and there’s a lot about herself that she doesn’t know. It’s that mystery that comes into play in the latter part of the work and drives the climax onward. There’s also a moral code to her choices, she’s not evil and that makes her more attractive as a succubus, both in how she acts, but more importantly, the relationships that form as the story goes on. One particular one, with a certain blonde student, just make me smile from the first moment and every time they were together.

There is another succubus in the work, Selena, who has a pivotal role. She’s very much an experienced succubus, holding a lot of power in being so. She’s seductive, plays with emotions, wants and needs so very easily. But she’s a bit too evil for the sake of being so, bordering on the edge of being a stereotypical succubus. At first it seemed like she wasn’t going to be, but her actions to draw the story to its climax just disappointed me. It’s too “evil for being evil” and I don’t think it worked. That said, her appearance and forcing Gretchen to her climax felt rushed. At some moments I thought that parts were missing and that bothered me.

There’s really only one scene of erotica which shifts from a female dominant tone through conflict before there’s a resolution of sorts. As that happens, Gretchen’s truth is explained, if in a rush, and it answers some of the questions, but leaves so many more to be told. There’s more teasing and seduction for the most part until Gretchen is pushed into revealing her futa form, but that happens in a way that isn’t out of character or feels wrong with the story told. It makes sense, isn’t crass or over the top. It just simple feels right, considering who is with Gretchen when that happens.

The conclusion seems too fast, considering all that came before. I’d have liked more time for Gretchen to settle what she’s learned, but more importantly, reveled in what she’s found with another. That fills a void, but there are more to be settled and that’s going to be a very complicated thing to solve.

Captivating characters, a complex plot that holds a lot of promise, but the little nagging editing issues here and there need to be dealt with. That said, this work, and I expect the series going forwards will hold a place in my heart because of Gretchen and her new found love. It’s a story that makes me smile and reflect on a certain red tail and a certain blonde angel who’s story seems so very familiar here.

I adore Gretchen and I do look forward to seeing was comes next in this series. I’m going to hope that the focus will remain on her for the most part as there are a lot of questions to be explored about her. I’ll also hope that Selena doesn’t turn out to be as stereotypical as she has begun to be, for that would be a disappointment.

But most of all, the story of Gretchen and her lover is very dear to me. If nothing else, holding onto the palatable joy in their relationship and what it means I think will be the core of this work and bring about something wonderful.