A YouTube of Morrigan Aensland Line Art that’s quite neat

A Review of Milked by the Incubus by Ruby Thurston 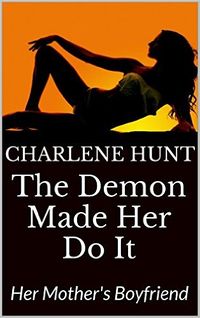 The Demon Made Her Do It: Her Mother’s Boyfriend by Charlene Hunt

A series today for review on the Tale which consists of five very short works of erotica that have an incubus at the centre of events that unfold. Being that each work in the series is, once the cover, the end matter and only the story remains, is about ten pages in length that’s a bit disappointing. More so that in each case there’s not a lot of story developed for the sake of the story driving directly into the erotica.

Sex and lust aren’t quite the same thing. There’s a vital thing that comes with neither of them. Being made to find relief without need, or want, isn’t relief. It becomes something more like an endless trap.

Lacey Stevens is frustrated by her mom’s over-protectiveness. Even though Lacey’s in college now, her mom is determined to stop her daughter from dating. Which is totally hypocritical of her, given that Lacey’s about to combust from her own thwarted desires.

Luckily for her, the sex demon Stygos is about to make all her darkest dreams come true. Seven feet tall and black as night, Stygos’ muscular four arms and prehensile tail – and other remarkable attributes – provide a gateway to a great ecstasy than most mortals will experience in a lifetime. All of Lacey’s pleasure is now under his control, and by obeying his commands she can finally experience the release she so desperately needs.

Rather than reviewing each work individually, the following review takes the series as a whole:

The series is actually two separate situations with two different women having encounters with two different incubi. This seems to have led to some confusion for the author as their book summaries mix up the main characters’ names from the beginning of the series. Beyond that, there’s really no thread that runs through all of these stories, they are a group of hot flashes in which each main character is, for lack of a better word, made to do things via mind control and sexual need.

And that is, to be honest, very boring. There needs to be story with erotica to make things interesting, but here that doesn’t really come, even if all of the characters do. There are little snippets of ideas which are interesting and really needed to be explored. For example, the terms of service snippet that appears in the later work is really interesting, but it’s never used in the story themselves. The story about Omat and Stygos isn’t told, they are mostly stereotypical incubi that want to toy with their prey and be amused in their reactions.

As well, the sudden shift from one story to another at the third book left me confused as to why that happened. The story of Meredith and Omat never really goes anywhere, which is a shame because that’s the more interesting of the two threads. The erotica is stereotypical in a lot of ways, the heat is barely present. More story could have helped make me care more about the characters and be more involved in the stories themselves.

The characters are cardboard, the story is thin, the erotica has little heat. As a quick piece of erotica, for some that will work, for me it does not. As well, making this a series rather than a single work doesn’t make things better, honestly I think it causes the series to suffer a lot.