A Review of the Dominated by Demons series by Jeniffer Grant 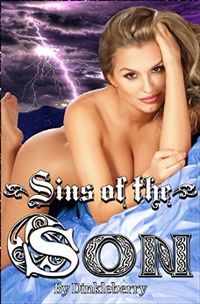 There are some works which use the idea of succubi, or specifically Lilith, a bit loosely. It’s one thing to have a character actually be Lilith or be a succubus. It’s another when there is only the thought or comparison instead.

Saying that a main character can be compared to Lilith makes for certain expectations. When the story really has very little to do with either, and instead is mostly about breaking a taboo, the question then becomes how important is that comparison in the first place?

Many times it becomes a bit of a side show to the actual story itself.

Lilith. Legend, myth, or his mother? John chronicles his exodus from morality to a life of incestuous indulgence. Her son confesses to the carnal pleasures he and his mom enjoy as they travel the taboo path of the forbidden. Come, learn what happens when the lines between right and wrong, son and lover, Heaven and Earth become blurred. Come, discover why John must confess the Sins of the Son.

John goes to confession and tells of his mother, his needs for her and more. Along with the past comes a question about the myth of Lilith and how John’s own Lilith compared to her most of all.

The work’s theme centres on the taboo relationship between John and his mother Lilith. It is a bit confusing at times, a little odd here and there. Much of the work is page after page of their sexual relationship, the struggles in who is in, and out, of control.

Lilith herself is a confused mess which is mainly caused by her, on occasion, talking about herself as being the Lilith of legend and as well John’s scattered commentary about her, sometimes calling her a succubus, the succubus queen and so on. There is no real appearance of Lilith being a succubus save for her sexual needs and demands. She’s willful, a bit manipulative, and perhaps a little emotionally off, but as for being a succubus, that’s not really shown.

The erotica is focused on John and Lilith, their entwinements and what happens to them along the way. There are other characters drawn into their world, but they are fleeting. However, the appearance of the person that John is confessing to throughout the work, does lead to some fascinating biblical discussion which I liked for that point alone. The thoughts about Lilith in the work would be, at least for me, a better story to tell than what this work is.

The writing is a bit juvenile at times, some of the methods used to tell the story seemed strange and out of place. The writing is monotone at times, needing some emotional impact to make the story more but that only seems to be present when John and Lilith are together. I couldn’t really find my way into this work, the theme didn’t appeal, the lack of any sort of succubus or a Lilith that was the myth didn’t help either. Theology is one thing, but it isn’t enough to hold this work together.