A Review of Hell is for Lovers by Ashlyn Selvatico

A Review of The Castle: Blind Date by Penny Prescott 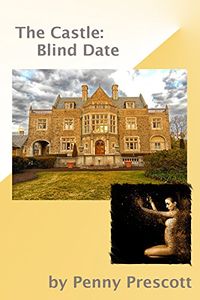 The thing about book summaries is that sometimes they reveal an important point about the story, or a character within the story, that doesn’t actually come through clearly within the story itself. While doing so gives some idea of what is happening behind the scenes, that doesn’t really give the author a reason to skim over something that’s important in order to understand better what’s going on.

Telling of the past for a character is important as well. Teasing about that past without telling of it leaves something to be desired too. Sometimes the things that aren’t said mean more than the story that is. While that can work in the setting of a series, to start the epic along its way, it also can leave the reader wondering why.

The Castle has operated for hundreds of years at various locations around the world. A club built around all human desires and run by a family of succubi, the Castle now resides in the City of Angels in sunny, Southern California.

After thousands of years alone, Eva’s brothers are determined to find her a mate whether she wants one or not and, after getting recently her heart broken, she definitely doesn’t want to. Fortunately for Eva, her brothers are adept at getting her what she needs, not just what she wants… in this case Cassie, a bold sub looking for a mistress.

Eva thought she’d found the one, the soul that would complete her, but then that fell apart and she’s suffered ever since. Still, as the Mistress of the Castle, she has to make her appearances and hold things together for herself and her succubi. But she isn’t happy, not by any means so. The arrival of a new submissive is a tantalizing thing, one she both cannot ignore and cannot understand. The need calls to her, as does Cassie, and through the attraction, could there be something more?

Eva, according to the book summary, is a succubus, as are her two brothers. While it might be more apt to call her brothers incubi, setting that aside, there’s the barest hint within the work of they being succubi of any description. The little bits of description which offer that possibility are very short, don’t actually come out and say they are succubi either. Eva’s need to pleasure Cassie, to absorb her passions is very succubus like, but without the hint of the summary, it’s really hard to say she is a succubus.

Cassie is, for the most part, a mystery calling out to Eva, pressing upon her and dearly so. The depths within her are vast, not the least being her answers to the questions of what she needs and looks for in a D/s relationship. The little hints of Cassie’s life, her past, are offered, but they aren’t really explored as much as they really need to be as well.

Written well, both in the characters and themes, there are a very few spelling mistakes here and there, but they don’t take away from the work. But there is a real lack of an appearance of succubi and as such I was disappointed in that. Being such a short story as well, there’s really only time for glimpse of all that goes on before the story has to move to the next step. I think, as an opening to a series, it’s well done, but even so there’s just something missing, beyond some kind of recognition of Eva and her brother’s succubus natures.

The work is far too short, really it is a taste of what comes next. I really feel that the work deserves a higher rating, but the succubus aspects are well hidden, almost non-existent and that’s a shame. The D/s relationship story works, it’s a delight, but some of the moments felt a little bit wrong and uncertain. Eva and Cassie’s story begins wonderfully, but there could have been so much more if the work had been expanded and told more about the world beyond the main characters.

At the time of this review, a follow on to this story had not appeared. I think that’s a bit of a shame as the world created here has a lot to be revealed and needs to be. There’s not nearly enough time spent in telling about Eva and her brothers, of the succubi and why the Castle exists.

I’d really like that to be explored, to bring out the why of the story, as this work just barely scrapes the surface. The superficial nature of the work took away almost all of the succubus aspects, and that part of the story is what interests me. Having the characters introduced, what needs to happen next is peering behind what they seem to be and see who they are.

Perhaps that will come in time.