A Review of The Castle: Blind Date by Penny Prescott

No, this isn’t all that fancy no matter what it’s called…

A Review of Hell is for Lovers by Ashlyn Selvatico 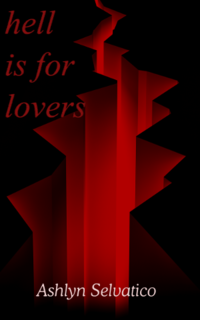 Hell is for Lovers by Ashlyn Selvatico

Much of the time when a succubus or incubi, or both for that matter, appear in a story, there’s a point to them being there. A reason, some sort of connection that explains something of what’s going on. Beyond that, they drive the story forwards, cause the main character, or characters to make a choice about something. Occasionally however, they are not much more than window dressing.

Secrets can come back to haunt you. If your secrets are known, they can be used in many different ways. Sometimes Hell is of our own making after all.

Jordan is playing the only game that’s worthy of her perversity. If she wins, she’ll spend eternity in Hell as a demon’s naked slave- with her cheating husband by her side.

Jordan and her husband awake to find themselves in Hell and to their surprise, they know who they are the guests of. A choice given leads to a truth Jordan needs and her husband desires. Sometimes the question isn’t love as it is the need.

The core plot of this work is that of Jordan and her husband trying to come to terms with their own flaws, both in personalty and sexuality. They are pushed further and further along a path that really doesn’t give them anything in the way of choice until they make the only choice possible. Then they are brought to perform sexually to the assembled masses and then things get a bit more strange.

Overall there really isn’t a lot of heat in the erotica. There are some moments where it begins to simmer, but never gets to a flame. Much of the story is spent in introspection, thinking about what’s going on and so on. The actual erotica passes by in a rush, but then the work is so short that having any real character development or time spent in dealing with plot is unlikely.

There are two characters who can be thought of as being succubus or incubus in nature. Victoria and Sotericus are described in terms that make it reasonable to assume they are, but it’s never really said for certain. Outside of their sexual desirability, they do not show any of the expected succubus or incubus abilities outright. There are a lot of hints, but again the length of the work seems to limit their characters and pushes their development aside for the erotica.

The writing is good for a hot flash, which this is overall. The characters are too thin however beyond Jordan and her husband. The story isn’t so much one about succubi or incubi. It’s about two souls being made to choose. Either for themselves together or themselves along. Getting to that decision seems very quick, there’s little explanation and it just seemed to be missing something.

I wish the work had been longer, more time taken to explore the world around Jorden and her husband. Delving into the main characters more than just their sexual needs I think would have made for a better story. This reads more like a beginning, not a complete story on its own.

There’s some heat, there’s a story that doesn’t really get taken far. The main characters tell their story, but all else around them exist for the sake of putting them in the situation they find themselves in. It’s too short, it leaves a singular question posed unanswered. But it is interesting nonetheless.