A Review of To Summon a Roommate by Deedee Morgan 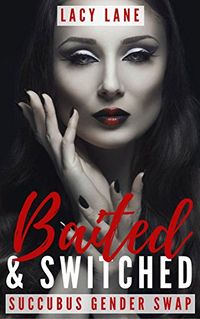 The thing about telling a story is that time needs to be taken to actually tell the story. By that I mean the characters need to have a soul, to have a life, a need and express that. Once that’s open, then what comes next should, as well, build the character more. The balance of setting up events, then following through with the point of the story, is a necessary part of telling that story.

Rushing through the climax, tossing out the close and then rushing away isn’t the way to end a story. Spending 20 pages setting up the moment and then having the moment be a pair of pages is a real shame. There needs to be more than just a summary of things, there needs to be the story behind things.

The work tell the story of:

The old bait and switch has never been more satisfying…

Noah is a software programmer and a bit of a loser who spends his days alone at his computer. When he’s not busy fantasizing about the sexy girl next door, that is. Sonya is the woman of Noah’s dreams, and he would do anything to get the chance to be with her, which is why he jumps at the chance to help her set up her new webcam. How was he to know that the time spent in her apartment would place him on a crash course to being turned into a woman…and a sexy she demon’s newest pet?

Noah desires and wishes revolve around one lovely thing in his life. His neighbour Sonya is a delight, beautiful and, regrettably, out of reach. But a favour asked leads to unexpected delights that capture Noel and draw him to Sonya. But then a succubus does know the dreams of another, whatever they may be.

The story tells, for the most part, Noah’s life, his thoughts about Sonya, and how that effects him through his days and nights. Eventually there comes a moment when he has the chance to visit her apartment, be close to her, and then the story takes an interesting turn towards Sonya’s teasing and ensnaring of Noah. This is all really well done, and it breathes life into the work that I did like. But there’s a problem.

The problem is that after all of the delicious buildup, the time spent giving life to Noah and Sonya, the climax of the work rushes by at breakneck speed. Sonya is the catalyst for Noah to be gender transformed, the reveal comes that she’s a succubus as well. But it’s so fast, there’s so little time allowed to tell Sonya’s story, to express the transformation, to give the chance for something more than some self exploration, that it sucks so much that I liked away.

While Sonya explains she is a Succubus, and there are some teases about her world, it’s so dearly fleeting that it almost doesn’t seem to matter all that much. She could well be a witch or some other being as there’s so sign of horns, or tail. It’s disappointing as the reveal, and Noah’s reaction to his change, happen in the same moment, rushing over each other on the way to drawing the story to a close.

There’s little in the way of erotica in the work, it’s mainly a few short passages with varying levels of heat brewing. Overall, it’s more about Noah’s thoughts about Sonya, his desires for her and how Sonya plays upon those needs for herself. That in itself was interesting and I hoped that given the time spent in setting things up, the climax and conclusion would have as much care taken.

The writing is amazing, I’ve read some of the author’s longer Succubus stories and I was hoping for this work to be as captivating as they were. But in the end this is a build up to a hot flash that becomes twisted up in not quite knowing where to go next and how to get there. How this work ends and how things came rushing to close the story, makes me wonder if this is the first work in a new series for the author. If so, that would explain a lot of things, but doesn’t overcome the oddities found in the last pages I’m sorry to say.

There’s really very little in the way of Sonya as a Succubus, which is a shame because her effects appear throughout the story. I wish the author hadn’t rushed into the reveal of Sonya being a Succubus in the last few pages. More so, the tease about other Succubi makes me what to see more. As well the sudden gender change for Noah is jarring, almost forced in the rush to the ending.

The build up was amazing, I loved both Sonya and Noah, but teasing for the entire work and then dropping the other shoes at the end, not giving that the same time to unfold as the rest of the work was a real shame.

The author has released some amazingly good works, and I’ll be reviewing those in the next little while. When they do allow the story to breathe, the characters to develop, their writing is amazing. I just really feel like this work isn’t up to their usual abilities sadly.