A Review of Damned If He Does by Marcella Burnard

Really quite nice, but the tail might be a tad short…

A Review of Succubus Called by Blair Barrett 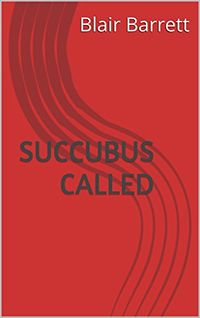 A review of what might be the beginning of a series with one of the characters being a succubus, but that’s not clear and not certain by any means. Regardless of that, there’s a certain delight in seeing a succubus character who cares about the other, respects their wishes and, more importantly, cares enough about them to express that.

Callings by a soul can be answered, sometimes the one that answers has needs, wants and desires as deep as the caller’s. The discovery of that need, the reason why things are as they are, can open the door to the unexpected, and unforgettable.

Cassandra thinks a little too loudly, and attracts a dangerous woman.

The book summary is depressingly short, I would describe it more fully as: Cassandra’s inner voice is attractive to others, none more so than a succubus called Lilith. Discovering what Cassandra wants takes she and Lilith on a journey neither expected, with all of the wonder, but all of the dangers and fears. Not all fantasies are perfect, but then when a soul has a succubus watching over them, it’s not all a fantasy.

Cassandra, the main character, is a bit innocent in a coming of age sort of way that I liked. She’s cute, funny, and has some unique thoughts about things. She’s not quite helpless, having drive within her, but when she’s confronted by her dreams, she becomes tongue-tied, which leads to some really cutely fun moments.

Lilith, the succubus of the work, is a delight in many ways. Most of all, there’s this aura of politeness around her, a feeling of learning her own way, which is adorable. She is a succubus, there’s no question, but she’s not evil as such. There’s a protective aspect of her that comes out over time, a need to guide Cassandra towards her desires. Beyond that, when things happen that Lilith cannot understand, she becomes fuller. Lilith isn’t perfect, she has her flaws, and at times her expressions of being lost are heart warming.

There is a small scattering of erotica in the work, which mixed well I thought with the story overall. There’s a bit of succubus powers being shown, but it’s not overdone to the point where either Lilith or Cassandra change who they are. The scene is one of discovery, of Cassandra learning what she likes, what Lilith needs and how they both connect to each other.

The work is written very much like the opening chapter of a series, but there’s no real indication if the author will be continuing the story or not. That’s a bit of a shame as how the story develops, the relationship between Cassandra and Lilith grows, it’s really quite delightful. There’s a connection between them, a story that means something to them both, but by the time the ending arrives, it’s a bit of a cliffhanger. If there’s a part two, or more, that’s wonderful, but if not, that’s really tragically disappointing for all there is here.

The writing is quite good, I liked the little quirks in both Cassandra and Lilith’s characters that had a lot of depth. The story is rushed, to a point, but then it is a short tale, and as such there’s not quite enough time for much in the way of expanding on what happens so much as there is a need at times for the occasional information dump disguised as a conversation.

There is, as I’ve noted, promise here, a mystery to unravel. That little bit of temptation, uncertainty, and need combines really well, it gives life to the characters themselves. It would have been nice for things to be a little more drawn out, take a bit more time outside of the erotica to know both Cassandra and Lilith. That will come, if there’s more to be, but if not, it tugs on me that two smart, passionate and unique characters didn’t have the chance to tell their story. I’ll hope for the best regardless.

I really like Cassandra and Lilith, their dynamic, how the story built towards the climax. I’m hoping there’s a series to follow, there’s really no clue as to if there is, or not, other than how things ended on a cliffhanger. I’d really like to know if my thoughts about some of Lilith’s comments are right, if Cassandra is who I think she is. This seems like it could be a fun and different story, one in which the succubus isn’t quite perfect, but she’s perfect enough for one soul.