A Review of Demon Girls – Females From Hell by Neurodyne

A dress that gives me some Succubus costume ideas…

A Review of The Incubus written by R.E. Baker 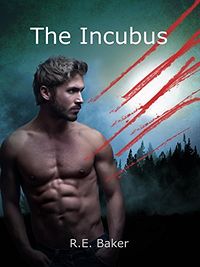 The Incubus written by R.E. Baker

I stumbled across what is described as a bit of a teaser, or introduction to an upcoming series today. It has its own appeal, there are some point about the work that I thought were really quite interesting. But there with the good comes a minor issue for me.

Sometimes in telling a story one needs to allow it to unfold. Rushing from moment to moment, encounter to encounter with seemingly little point between them can be somewhat confusing. It’s also a bit difficult to find the heat in a story, or like the main characters when there’s precious little to hold onto.

The past is present in all we are. What we are, who we are, is a reflection of what has come before. Our conscience be that which either guides us or makes us suffer. Which of the two matters becomes a matter of perspective, honour and understanding… If we are very lucky.

Welcome guests. You are about to enter the dangerous world of Cano.

Ruled by the Demon Lord baring the same name, Cano watches her underworld from afar. Divided in what seems to be an infinite number of realms to all but her, the center of this universe is her personal island where Demon Lords retire upon grooming an heir, a process which takes no less than 1000 years.

This story centers around two lords, Kylie the rightful heir and birth child to V’romi and Delphie, and her earthbound brother Matdur, who was captured by Cano when he was ten and brought to the underworld. The children are used to either fertilize the universe with their souls, or tend to the realms of Lords. As slaves they either work until their mortal death, or are offered the opportunity to achieve immortality by undergoing a metamorphosis.

Only Lords who are unable to produce an heir, or question the strength of the one they produce, offer this opportunity to an earthbound.

Kylie and Matdur are Lilin demons, Kylie a succubus and Matdur an incubus. They collect their souls by laying with mortals.

The world is slowly crumbling around Kylie and Matdur, bringing with it confusion, anger and self-loathing. A world that can only survive by feeding on the souls taken is a harsh world when there’s less souls brought to the fore. A fight leads to a promise, one with dark intent, a future that looks bleak and uncertain. Among all of this, choices have to be made, the question becomes who is willing to act and who is willing to not be foolish.

There’s a lot that happens in a very short period of time in this story and being so there’s a feeling that things are very rushed for the main characters, not allowing a lot of time for thinking about what’s going on and so on. I found it a little difficult to enjoy the story as my mind was trying to piece together everything that was going on, trying to understand how things worked from what little details popped up from time to time. At times the story is a bit lost, trying to find its footing, but much the same can be said about Kylie and Matdur, the main characters.

Kylie, the succubus and Matdur, the incubus, have what can only be described as a tense relationship, much of that coming to the view each has. Kylie seems to have no conscience and Matdur’s conscience seems to be overcoming him, causing no end of problems for him. The contrast is striking, and I think it works, but again the rush to move through this work takes that conflict and does not use it to the extent I think it could have been.

There isn’t really any erotica in this work save for one encounter that Matdur has with a woman on Earth. That is a bittersweet thing, tragic in all honesty, and what’s more bothersome for me was that in the aftermath something didn’t sit right with Matdur over it all. That needs to be explored, but there wasn’t time to do so and I think that really matters.

There are a multitude of plot threads and arcs going on in parallel, sometimes colliding when Kylie and Matdur confront each other. There is some character development, but it’s again in a rush, seemingly lost in the overall story and missing something vital. With all of that said, there’s one telling point that I thought was the most interesting and emotionally impactful of all.

Matdur’s misgivings about taking souls, looking to see what goes on around him and trying, so dearly not to do harm is a wonder to behold. It’s core to who he is, I think it will be a central point to all that comes from here. More so, how Kylie forces the issue, demands of him, whether the reasons are right or not, opens up questions about her motives as well, if there’s something else going on and that interested me.

It’s very difficult to like, as a whole, either Kylie or Matdur and I think a lot of that has to do with being thrown headlong into a story that seems to be moving at breakneck speed from the first words. There are so many questions about how things come to be as they are, why there is so much conflict going on, what else is happening about the main characters. I felt like the story was holding something back, something important that it couldn’t reveal as yet.

As an introduction to this new universe I think there’s something missing and it hurts the storytelling a lot. That said, getting past the brusk mannerisms of both Kylie and Matdur is something I didn’t manage to do. I’m also very bothered by Matdur’s name changing to what I assume are pet names or similar, but it just reads oddly.

I will be looking for the next work in the series to see where the story of Kylie and Matdur goes, how things all fit together and why their world is so dearly in trouble. The past matters here, but it’s not delved into and it really needs to be.