Isn’t Much By TeraS

A Review of The Incubus written by R.E. Baker

A Review of Demon Girls – Females From Hell by Neurodyne 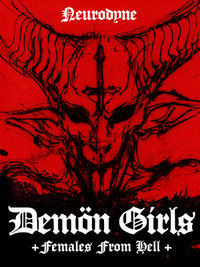 A review today of a small collection of short stories by an author with a singular theme. While the most obvious one are all sorts of demon girls, succubi included, the more prevalent theme is one of needs which revolve around the unspoken horrors that exist in some souls. It’s an interesting collection, but as happens with so many collections like this, there are some stories that naturally lead into larger, more involved storytelling.

No two demons are the same, but then no two souls are the same either. Each has a story to tell, and it is in the telling that answers are given, lost, or misplaced.

The collection of stories takes a specific demon woman and tells a bit of her. Sometimes that’s her life, a moment in time. In other cases it’s less about the woman herself and more about the man they encounter. What drives them, what leads them to the moment they are found in. Some of these works have a slight horror edge, but it isn’t by any means overwhelmingly so.

The work has some moments of erotica, a little bit of heat that simmers. But it doesn’t really go very far, nor does the heart draw more out of the characters and story. At the core, the works in the collection speak of various kinds of temptation, whether that of a human or a demon, and where that takes the character in question.

There are two stories which have the appearance of succubi. In one case it is a story of a human meeting one and in another it is a rite of passage for another succubus. In both cases, the stories are, as a whole, teasing towards a longer more involved story, but never really get to tell it. They set up the encounter and then rush to the conclusion. A pair of flashes of things more to be seen, but not done.

This then is the thing which holds back this collection. These works are stories at the beginning. A series of thoughts towards telling a story but then brought to a close in the moment after something happens. Flashes of really good writing, but nothing developing more than it does.

It’s more horror titillation than it is erotica as a whole. These works are more story ideas, hints of bigger things, hot flashes and ideas. Some of them really need to be fleshed out into larger stories as the worlds and ideas are really good. Perhaps the author will manage that someday.