Succubi Image of the Week 468

A Review of The Job Swimsuits Her by Zayna Noble

A Review of Dahlia the Demon by Danielle Voelkel 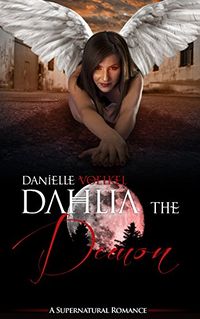 Dahlia the Demon by Danielle Voelkel

The creation of a story needs a setting, a reason for why things happen. They cannot just be, exist, or snap into being. Some kind of grounding needs to exist, to push the characters towards a goal, a moment, something.

The universe works in mysterious ways, something that can, when the moment comes, change things. For the better or worse depends on who is asked. Not everyone can be happy, but then, not everyone has to choose not just their fate, but the world’s as well. But there is a truth, if one can see it, which can point the way.

Dahlia and her brother Kai, both demons, are sent to an unsuspecting small town by the Council to perform a Corruption, but things go bad when Dahlia meets Jarlen, a human, and starts having emotions that demons by law are forbidden to have. When their father comes to inspect their work as Head of the Demon Council he has to decide whether or not Dahlia’s crime deserves exile which to a demon is the same as a death sentence. Lovers from three different worlds find themselves changing the future of Heaven, Hell and Earth in this thrilling story where destiny is rewritten through the power of love. And what happens when she meets William, the angel that has been watching over her for centuries without her knowledge? Will he let her know she’s been his consuming passion for as long as he can remember?