A Review of Little Love by Catherine LaCroix

A Review of Killer Kisses by ML Michaels 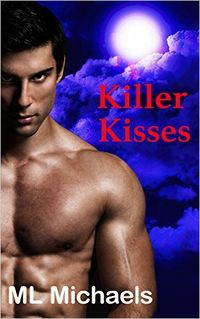 I do understand that authors are putting their works together into a collection. That’s mainly because of Kindle Unlimited of course. But the thing is when a story bills itself as being over 300 pages, one expects a story that long. A story that has character development, that takes the time to tell that story. When it isn’t clearly said that the work has other stories within the pages, that’s a little disappointing. That said, sometimes a hot flash is a glimpse, a suggestion of something.

Who you are isn’t what you are and vice versa. You need not be what others expect you to be. You do not have to do what they say must be. Sometimes you make your own path, if a rocky one. Sometimes that path leads you somewhere interesting.

Zack Hanson’s first mission as a newly turned vampire and member of a group of supernaturals and humans who hunt fierce criminals is to apprehend three beautiful succubi. Zack doesn’t expect to fall in love during the mission, and he’s shocked when he learns the woman who captured his heart is one of the notorious sisters he’s been hunting. He knows she’s not the demon his superiors believe so he has a decision to make. Will he complete his mission or take a chance on what could be the love of a lifetime?

Whitney, Julia and Danielle are sisters, succubi at that. Two of them aren’t exactly the most kind, one is. She wants something more, something different and given the chance, she wants to change. An encounter seems to show her what she wants, but nothing is exactly as it seems. Even for Danielle herself.

The story is about sixty pages, more or less, within this collection of works and it offers some good characters, a reasonably interesting plot and somewhere for it to go. The problem is that the author rushes through much of the story, never really giving the reader time to collect themselves and figure out what is going on before the next problem runs headlong into the characters.

As the story moves so fast, there’s no a lot of time spent in building up characters, telling a lot of their stories. While Danielle and Zack are fleshed out a bit more, the balance of the characters seem to just be there in the story. It’s hard to like any of them, especially Whitney and Julia, who are sadly dislikable for what they both do. In the same way, Zack’s partner Becca, seems to be an interesting character, but she’s played so tightly that there’s not anything told about her until the story is almost finished which makes it feel like an afterthought.

There’s a feeling in the story that Danielle’s sisters have to be made to be “evil” for what happens in the story and to justify Zack’s actions. It’s odd, it feels wrong and there’s not a really good reason for it. In the same way, what Whitney and Julia do, how they act, makes me wonder if they ever were Danielle’s sisters in the first place. There’s a lack of connection amongst them all.

Much of the latter half of the work feels like it was tacked onto the beginning, used to create some action scenes and not much else. There is some erotica, but it’s less than a hot flash, reads somewhat matter of fact, and doesn’t have the heat one would expect.

That said, the part of this work that I thought was interesting was what each sister fed on and the results of doing so. It’s a bit sad in all honesty, how that works, but it is quite unique and different, which I did like. Still, the balance of the work doesn’t quite live up to what’s offered and so I found it lacking.

The characters are good, as a whole, but the story doesn’t rest, doesn’t have a moment for reflection or consideration. Each character seems to make a choice without really thinking about it, and that causes nothing more than a disaster. I wish the author had taken this work as an outline of a longer novel. There’s some good ideas here to expand on, but as things stand, I found it too fleeting, swift and missing a soul.

I really didn’t care for the sisters very much, the overall story went at breakneck speed, not leaving time for much story to happen. I expected more because the book summary said it was over 300 pages. But it isn’t. Really the idea is good, the story that appears feels more like an outline and in that the author missed out on something.

The author reissued this work in July 2016, pushed the length to over 700 pages, but did indicate that there are more than one story in this work. I’m still waiting for something to be taken from this hot flash that offers something, but doesn’t quite deliver.