A Review of the Angels and Demons series by Amanda Swallows

The corset is cute, the rest not so much so…

A Review of The Long Night of the Gods: Lilith Awakens by M.H. Hawkins 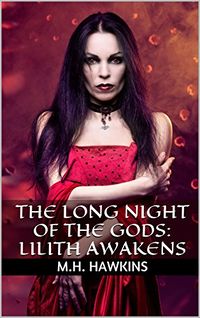 The Long Night of the Gods: Lilith Awakens by M.H. Hawkins

A review of the second work in the Forgotten Ones series by M.H. Hawkins this time on the Tale. I wasn’t aware of the series’ first work until the second appeared in my daily searches of things succubish. Obviously the title of this work tells of who appears and in doing so, it drew me to read the first work and then this, the second. The first was very good in setting up the series, telling of the main character and her world.

The second work offers something more. A past, the representation of that past. Telling of a soul that is lost, in her own way, needing in her own way. The problem with need is that many times the need overcomes ourselves and what remains is shattered, lost and seeking always.

Is the world worth saving? What wicked things would you do to save the ones you love?

As the gods wake and seek to reconcile the old ways with the modern world, they will face these questions. And as the End of Days looms and the final judgement is near, and it doesn’t look good for humanity.

While the best hope for humanity is Mea Harris, it seems like the harder she tries, the faster everything slips through her fingers. All the while, those closest to her continue to keep secrets while plotting behind her back. Can she truly trust them? Will she find the strength to forgive them of their past atrocities? And can she find the moral courage to do what is necessary, even if that means becoming a monster?

As Mea deals with her crisis of conscience and discovers more about her mysterious past, a new god, Lilith, rises. Beautiful, vicious, and full of ambition, she is not the one to be trifled with. Fed up with misogyny, her portrayal throughout history, and humanity in general; she has an axe to grind with both men and gods. But she’s perfectly okay with that and eager to get started. The gods are cruel and vengeful, but sometimes they have good reason to be.

What will the world do when it discovers that the gods are monsters and not its salvation?

It will get what it deserves.

Mea’s life is becoming more and more complicated. Her past is biting at her and the future is less than certain. Coming to terms with herself is one thing, but when a voice from her past appears, things turn darker still. Lilith has needs, Mea is trying to hold things together and all around them both the Gods play their games with the world and themselves.

The work builds well on the strife, the emotions and the events of the first work in the series. Mea’s discovery of herself brings her into contact with creatures and beings of power and she finds herself having to make choices along the way. There are many moments of dealing with her own soul and how her choices are changing her. As the series is about her, about the world that she must deal with, this then takes much of the story and presses it against her.

However, along the way, Lilith appears and in all honesty Lilith is a far more interesting character then Mea seems to be, at least so far. While Lilith can be thought of as a secondary character, her presence, when she appears, is powerful, holds sway in the story, and has a purpose. It is Lilith’s character that caught my attention the most. There’s a feeling of her having a split-personality, one moment kind, in her own sense of justice, another violent, harsh and cruel.

Lilith’s persona isn’t stereotypical, there are many layers to her and it is those levels that tease in the story, but really never quite comes out as much as I was hoping. The single scene which will remain with me more than any other, is her encounter with a child. It’s telling, emotional, heartfelt and more importantly, it tells her story without being an information dump.

Lilith isn’t really a succubus, she is a representation of the mythos otherwise, but regardless, she is sexually powerful, but at the same time she is sure, focused and in a lot of ways, the trigger for many other events that unfold. She is dark and evil at times, that aspect being dramatically made clear. But then there are instances when she is loving, caring, affectionate. The two sides of her character play well against each other.

Again, the work isn’t really about Lilith, save to introduce her to the series, to set up her relationship with Mea, and to connect the dots as to what’s happened so far. Being so, there’s little time spent in expanding on her true form, her powers, her will. It’s something that was missing for me, would have liked to see. If the next work in the series drives Lilith and Mea to be central I do hope there will be time spent actually telling Lilith’s story in detail and not in passing.

A well told action-adventure, some telling plots and well told and stone characters. The writing is excellent and I was held in the story very well. But Lilith wasn’t really in the story as much as she was hovering at the edges waiting to make her presence known. Hopefully that will be.

Lilith is a fascinating character, but she is so very much a mystery. There are delightful little glimpses of her character from time to time, but then the story pushes her to be “evil” and at times it really feels like she is for the sake of being so. The author noted they intend the next work in the series to appear shortly and I will be looking for that.

I’m hoping for Lilith to be developed more, her story told and not hinted at. There are plots within plots of course and that is well and good. But if she is meant to be what I believe she is, then telling more of her, what drives her matters.