Second Encounter By TeraS and her Adored Brother

A Review of The Long Night of the Gods: Lilith Awakens by M.H. Hawkins

A Review of the Angels and Demons series by Amanda Swallows 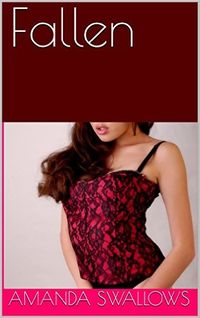 A review of a short, two work series that takes a bit of a different take on succubi as a whole. The first work tells the story of an angel falling, encountering Lilith, and other succubi. The second tells something of what succubi in this universe do. Both have their story to tell, but somehow the story doesn’t seem to really find its way so much as it stumbles looking for it.

Sometimes a choice made changes everything. Many times that one choice leads to another and an infinite number of choices thereafter. To remain true to one’s self is hard. More so in the face of seeing things you were never meant to know.

Witness the fall of an angel and follow her into the depths of hell as she learns the true nature of the universe. When she meets the Queen of Lust, her world is turned upside down as all of her beliefs are challenged and her boundaries pushed. The first of the Angels and Demons saga, this story reveals some of the nature of the universe and much of the depravity in the court of the Succubus Queen.

An angel makes a choice and finds herself barred from Heaven. Alone and without direction, Lilith comes to claim her and lead her on a new path. Not all paths are easy, the truth hurts. In the end, a choice has to be made, regardless of the circumstances.

Overall, the plot is well thought out, Ketara as a character is unique and tells a very strong story. The world is rich in characters, their stories vast and different. The problem is, however, the pain and suffering along the way and the lack of light that deepens as the work goes on.

Ketara suffers many different ways in this work, some of which are very nasty and brutal in how they effect her. I don’t particularly like reading about suffering and similar themes, so when this happened to Ketara, I found myself skimming those parts of the story.

As things progress, Lilith brings with her a lot of questions, a lot of things to think about. She’s the most interesting character of all, mainly for the cloak of mystery she carries with her. The other characters have their purposes, some of which drive the story well. But again, the focus on ‘teaching through pain’ bothered me.

There is a scattering of erotica, a mildly hot flash and one that really wasn’t so much so. The story overcomes this, Ketara developing as she must in the story. Much of the world around Ketara is never really explored, leaving many questions behind to think about.

Possibly the largest one is Lilith herself, but as well just as large a question is Ketara. Both aren’t quite who they were at the beginning and where that takes them would be good to follow up on. I feel like there was a lot of story left out for everything that happened to Ketara herself to divert the story. It would be nice to know more about that.

It’s an interesting beginning to the series which seems to suggest a path for Ketara and the reader to follow. But rather than continue to tell that story, the next work in the series moves away from telling of the world to a particular moment. 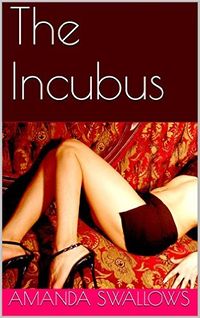 The Incubus by Amanda Swallows

The second work, set some time in the future from the prior one, focuses on someone who isn’t a very good soul and a certain succubus coming to make them pay. The focus in on that aspect, less so on the succubus, or incubus herself, is somewhat unclear and as a result the story falls more into the erotica than telling the story itself, which was a bit disappointing.

Fantasies are one thing, reality another. Many souls are touched with darkness and must pay for their actions. That payment can be, many times, more than a pound of flesh. It is their own soul.

Well after the events of Fallen, an unnamed incubus discovers the deepest desire of a man who can easily have any woman he wants… with a little chemical help. When his tendency to drug women in order to get them into bed lands him a woman he literally cannot get out of his mind, he realizes that all decisions have consequences. In his case, the consequences are dire indeed.

The story of a man who comes to find that when one does evil, one has to pay. Sometimes that payment is taken by those that know their wants and needs. When that happens, there’s no where to turn.

I found it difficult to get into this work, mainly because the main character is dislikable from the first page. There’s nothing to redeem them, and as such I really didn’t care very much about what happened to them. The story from their perspective is a bit dry, a little bland at times. But that changes when the succubus makes her appearance.

The succubus is never named, and it’s a bit confusing whether she is a succubus or an incubus in nature. She is a futa at one point, so the meaning of her existence is a bit blurred. She is a succubus however in her powers, being able to shift her form, capture the main character’s mind and thoughts, dragging him into her clutches.

For the most part, the erotica has some good heat to it, though there are some scenes, with one specific fantasy, which I thought were very uncomfortable. As this takes up quite a lot of the interactions between the characters, I found myself turning the pages at those points, really not liking what happened there.

That was a shame because the entrapment of the main character, how the succubus does so, was very interesting and I liked the story and plot through that. But when the story turned to the erotica, the story seemed to lose its way, falling back on some moments that were stereotypically pornish for the most part.

I wanted to see more of the succubus herself, but she’s a shadow, an idea, and as she has no name, it’s hard to become invested in her character. Knowing more about her, perhaps seeing things from her perspective, might have kept me in the story more than I was.

Some of the fantasies are a bit uncomfortable, the main character is dislikable overall. There’s not a lot of time spent with the unnamed succubus/incubus to develop her character further. The work just feels like there is a lot of possible directions and plots that weren’t taken which was disappointing.

The two works were described as being part of a saga and if that’s true, then I’d like the next part to be less about the erotica and telling more a story as in the first work. There’s a lot that’s interesting here and it can overcome the erotica if given a chance to.