Succubi Image of the Week 461

A Review of Succubus!: Hell High by Michael-Scott Earle

A Review of Princes of Jacob by Kenneth E. Fultz Jr. 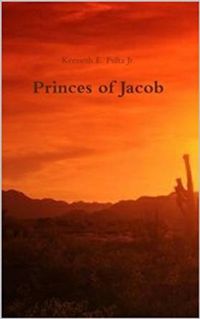 There are some works that suggest the appearance of succubi or incubi, but really do not quite have them appear as one might expect them to be. But succubi can have many different meanings, and finding one that is a bit different and still has some reference to the original myths is interesting.

The idea of lust being used to control the outcome of history is something that is not unheard of. Many battles have been won or lost for the sake of love or lust. The question that comes from that focuses on what the cost is, who pays it, and what comes after all has wained. There is a price, there always is one of course.

Will Lust destroy a man, a family, and a kingdom?

In the land of Agnes, during the departure of King Jacob, Reuben the eldest prince sleeps with his father’s wife and the mother of his younger brothers Gad and Asher. The betrayal is quickly found out with Zabrina’s banishment and several princes being dethroned. Lust and succubi quickly flow through the City of Adam, destroying the peace it once had. Gad and Asher become known as sons of a whore as their very brotherhood and lives come into danger. With seducing women from pagans to succubi with sexual herbs the princes of the castle become the focus of every ones attention. The brothers must figure out what is truly happening to their lives as all twelve of their already dissolving bonds break to the point of war among themselves.

Family faces many challenges, from the small to the vast, every one of them takes a toll. Sometimes there is a purpose behind the suffering, the loss and the hate which comes. But in the end, family will survive, in one form or another. It is simply a question of who is able to lead and who is to fall.

The work follows the lives of a family, specially twelve brothers in their battles within themselves and the world around them. There is political intrigue, there is passion, betrayal, lust and loathing. It is a very complicated story which wraps itself around many characters and stories that are found in the Bible and in other religious texts.

Along the way a character named Lilith appears and with her comes a group of women calling themselves succubi. However, they are not succubi in the traditional sense they do not have horns or tails or supernatural powers. They do however understand the meaning of lust and how that can be used to control others and the world around them to their goals. They could well be described as a coven of women with a plan to overcome and destroy the kingdom they both fear and detest. In order to battle against powers stronger than themselves, the succubi turn to their knowledge of the world around them, schemes, plots and innuendo, to cause the downfall of the brothers.

As they do so, the lives of the brothers fall apart, leading towards ruin, and the inevitable confrontation to learn the truth. The theme of injustice works from both sides in this and it allows for some intriguing plots to unfold.

There are a tremendous number of characters in this work, but the author manages to hold each of their voices, stories and outcomes clearly. There are some moments in which the story becomes a little confusing, but the plot manages to remain true to itself. There are some moments in the dialogue that are a little wooden, odd, or strange, but that can be attributed to the time setting for the most part.

The work has an interesting attraction in that there is a sort of “soap opera” feeling to many moments which is both amusing and appealing as well. This isn’t to belittle the writing, I just cannot think of a better way to describe some of the plots and actions taken by the characters. There are a lot of interwoven collisions with the characters that never turn out well, the brothers going from riches to rags to riches again.

An interesting read, though it is not a story about succubi per se. While this is not a work that has the appearance of succubi, it is a captivating tale about the trials of a family and how they deal with their own faults, needs, wants and desires. A very interesting and unique read and one that I liked for its depth and characters most of all.

Interesting biblical/historical storytelling, but it isn’t a story about succubi as I have said perviously.