A Review of The Half-Succubus Gal Julie Direct: The Second Circle Summoner by Heidi Fisk

A Review of Wild Seeds by Syn Root 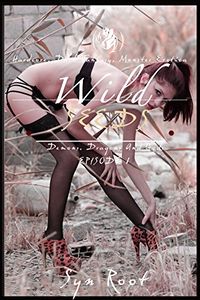 A review of a new series that started recently that I think has quite a lot going for it this time on the Tale. A world that’s rich in mythos, a plot that offers mystery and a main character who has possibly one of the most “smart ass” personalities that I’ve seen in quite some time.

I will note that a prior version of this work I reviewed previously on the Tale and you can find that review here. There were some questions, some things in that version that bothered me, but in this, what I feel is, improved story, many of my issues were addressed and ti makes for a far better story as a whole. As such, this review will be about the new work on its own and not how its changed from the prior work.

All stories start somewhere. Sometimes those stories start with someone being foolish, or being made the fool. The thing that needs to be considered is whether, in fact, they aren’t foolish, but rather need to find their way, and who they are.

The finding of purpose can lead to something more than the purpose itself.

Dox is Fae, her life wild and unrestrained. An encounter with a God changes her, a favour asks leaves her with little choice. The choice made leads to desire and that desire creates the impossible. The problem is, with all of that, Dox herself can’t find her way out of being pulled into a world she never wanted to be part of in the first place, but now can’t live without.

She is, as a whole, somewhat of an enigma, which makes the task of figuring out who she is and what she’s capable of rather murky. She seems to be a mixture of different mythos, one of them being, at least from my perspective, that of a succubus. It’s not stated clearly so, but her desire for sex, her powers, and what comes through the story and how she changes, seems to suggest that she might be, to some extent, a succubus.

To that point, the last chapter of the work I found very intriguing, where the story goes from that point I do want to see. Whether my thoughts about Dox are correct or not, the image of her just before the work comes to a close will remain with me for quite some time, succubus or not.

Dox aside, the characters are unique, their stories are captivating and how the universe is explained and used to tell the story I think works very well. There are plots within plots, stories within stories and while some are left incomplete, there’s every indication that they will come back to haunt Dox throughout the series.

The erotica is a series of short hot flashes, some of which are very hot, others perhaps not quite so much so. That’s more of a need towards the events of the moment where they appear and as such they tend to work well. Each as a point, or seems to, which allows for some needed character development to happen.

The underlying thing about this work is the mystery. Dox doesn’t know what’s going on, really there’s no one that has a really good idea. There are suggestions, ideas, but all that’s happening to her isn’t clear and leaves much not answered. It is clear that Dox loves sex, has a odd opinion of herself, and is a bit of a lost soul throughout much of the story being driven by circumstance and events towards what happens to her.

The writing is quite good, the characters have excellent voice. The plot is complex, the mystery is deep and lovely. There are some minor spelling mistakes in the latter part of the story, but that doesn’t take away from the story as a whole.

What’s missing is a bit of focus about Dox herself. It feels like possibly two books worth of plot came about in this one work. Things are a little rushed as such and that hurts the work overall to a point. There’s a point where the story could be split into two and each part could be given more time to develop and tell a richer story.

There’s a lot of promise here, I really do like Dox and I am curious about where things are going to take her. There’s a mystery building, something is going to happen, and I hope the author doesn’t rush headlong into things and allows the story to be told.

Dox seems to be a complex character around who there’s a lot of things to be explored. Is she a succubus remains not quite clear by the conclusion, but there’s quite a number of hints and suggestions that she is, in one way or another, some kind of succubus, whatever that may turn out to be. I’m looking forward to the next work in the series, Pussy slays a Dragon, which should be appearing shortly.

Dox seems to have the most interesting of lives to live. Hopefully in doing so she’ll manage to get to the answers she’s looking for, whether she likes them or not. That story in itself is the one that I’ll be the most interested in.