It’s not exactly vile as a costume, regardless of the name…

A Review of Marked by Temptation by Deanna Chase

Succubi Image of the Week 456

One of the more rare images for the Succubi of the Week are those Succubi that have blue tinted skin. Red of course is the most common, but there is a bit more blue appearing here and there from time to time. I found one image that I thought was interesting, and as there hasn’t been any blue for some time… 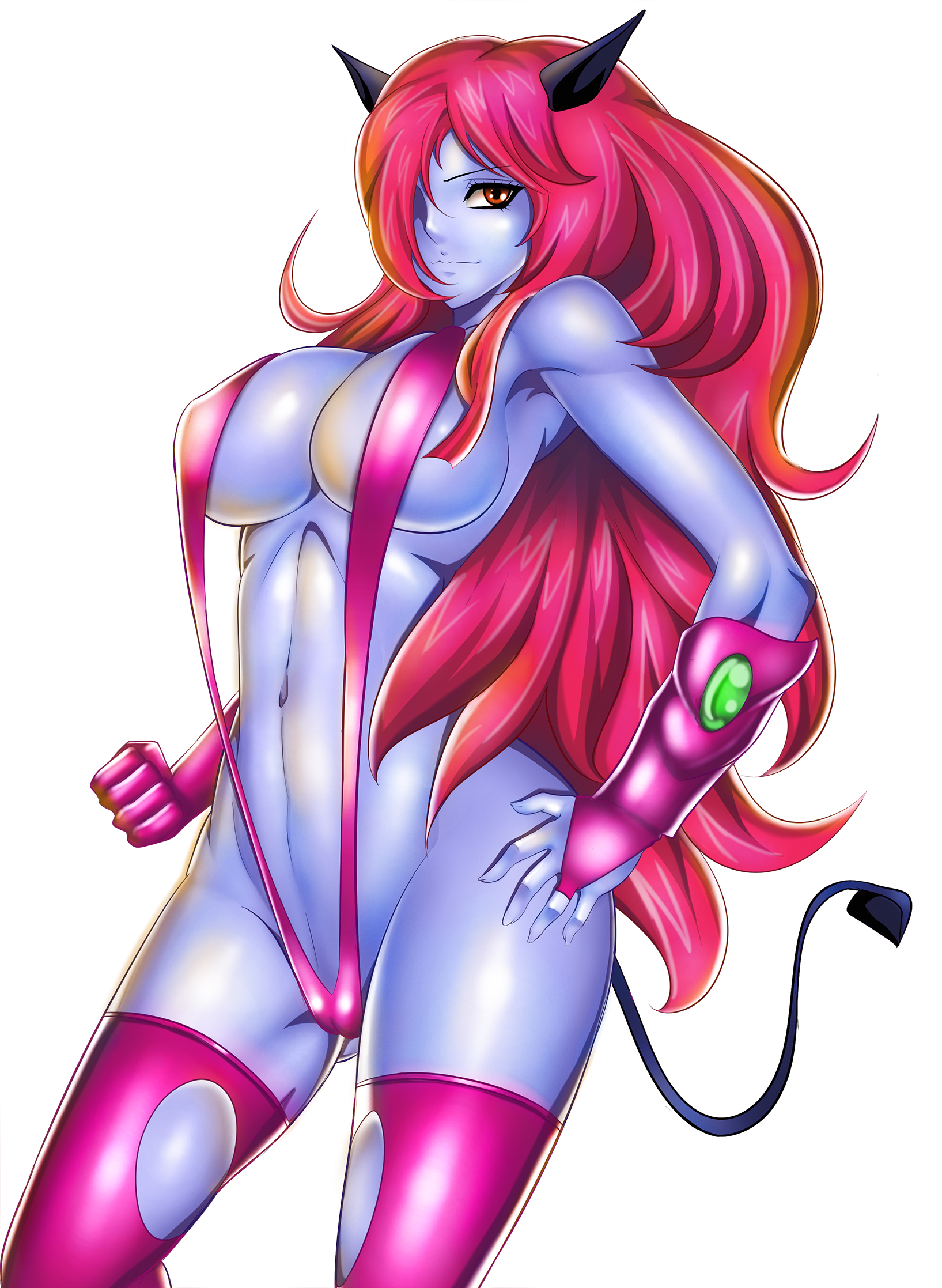 This work is called (SUCUBO) naomi and is by the artist DOM STYLE X on Pixiv. You can find the original page on Pixiv where I found this art here.

I think there’s a bit of a warrior succubus vibe to this character in a few ways, mostly in her expression, those bracers on her wrists and just her overall look. Perhaps she’s a wrestler of some sort? That in itself brings a smile to me as I think the match would be over fairly quickly all things considered.

Setting aside the questions about her, I like her look, it’s nice to see her tail and horns match. I also think that having her outfit match her hair in a neat thing too.

Just something that made me smile, and wonder…