A Review of The Devil Lives Inside My Husband! by Rose Black 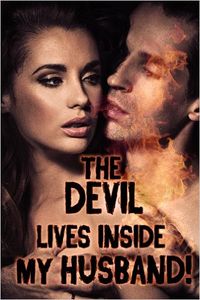 The Devil Lives Inside My Husband! by Rose Black

When writing a story, there are some things that do need, at some point, to be explained. Problems with relationships can be told, desires brought out and explored. But along the way when something happens to a character, and it isn’t explained, that leaves questions that take away from the story overall.

Putting a twist into a story isn’t unexpected, nor is it something that is rare. But a twist with no reason behind it, nothing to tell why it happens leaves a lot to be desired. More so when the ending leaves a singular question behind that cannot be answered and needs to be for the sake of the story most of all.

Will Ava return to a life of boredom, or give herself over to the devil who’s taken up residence inside her husband?

Ava has some issues, not the least of which is that her relationship with her husband is a rocky one. The sex isn’t what she needs and the frustration is growing. She needs a change, but when Richard comes home one night, he’s not the same husband she knew. Temptation calls and Ava is willing to heed the call.

Overall this work is a series of short hot flashes that tell that story of a marriage that has a sex life  in which Ava just gets nothing from it, straining her relationship, and putting things on the rocks. The first we see of the couple there’s strife in the midst of what should be passion, but isn’t. Even when Ava tries to find her own needs, there’s a moment when her husband dampens them. It’s one disappointment after the next, over and over again.

One would expect that this would might have a possession theme, perhaps something of an incubus character, something that would explain why Richard’s personality changes and what the signs that appear mean. The problem is that none of that is explored. There’s no time spent in what happened to him, what exactly is going on in the final scenes, and what it means.

The focus is on the sex, it isn’t really erotica, and there’s no time spent to tell the story that needs to be told. The why of the story doesn’t appear. The when isn’t explained. Most of all, there’s no presence given to this “new” husband in Ava’s life and what he wants. Question after question and the only answer given at the end of the work is what appears in his eyes. A single sentence in which Ava has to make a choice.

It’s that choice, how odd it is considering all else that happened in the story, who Ava is, that bothers me the most. There’s no thought about what’s happening and why, she just falling into this new situation and leaving the really hard questions to the reader to think about.

I couldn’t find my way into the story, the characters weren’t that interesting, and most of all, that question about Richard and what’s going on not being answered is the largest flaw of all. There should have been more story about that, perhaps some time spent in which Ava had to make a choice.

It is her husband possessed? An incubus in his form or something else? It makes a difference to how this story can be seen and understood. It’s a shame that the author didn’t take the time to explore that thread and draw out more story from this work than there is.

The main problem here is that the story does’t get past the erotica and tell the story itself. Why things happened as they did is never explained, and the ending leaves such an open question that really matters, but never answers it. That question, what happened to Richard, why it is, and if he’s even there anymore, or if this Richard is another one and the original will return, really matters. The author missed out on a more interesting story in the rush to get to the sex scenes and it’s the larger shame here.