A Review of The Cult of E by Ivona Dikson

Succubi Image of the Week 454

One of the things that I like to see, and really don’t very often, is when the wings of Succubi are angelic in nature. I know the usual thing is bat-like wings, but, to me, I think that the combination of feathers, horns and tail has something about it that works quite well… as in the case of this week’s Succubi… 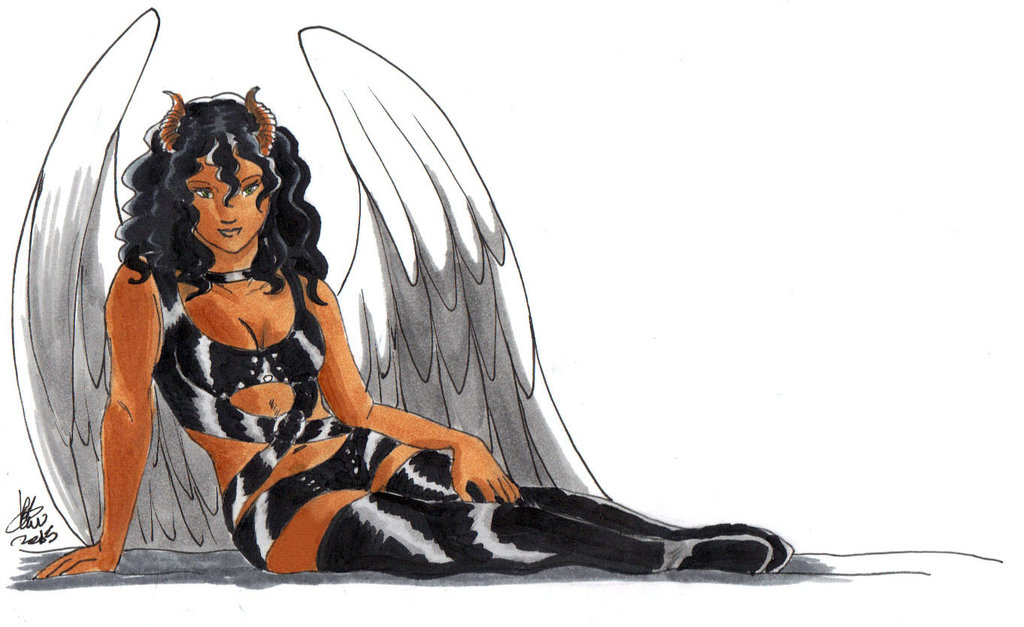 This work is called Succubi Angel and is by an artist on DevianrArt called ks-claw and you can find the original page on DeviantArt where I found this work here and this artist’s page can be found here.

I think she is adorably cute in a lot of ways. The contrast between her wings, hair, horns and clothing is quite nice. It’s also good to see a different skin tone as well. She has this sort of assured appearance, lounging as she is, and I think that makes her a stronger personality too.

Perhaps she was an angel once or a succubi once? Perhaps she’s been seen by the light and shown what she really is, what she can be… Which is more than anything she might have imagined?

It’s a nice thing to think about…