A Review of Demon Futa Does Vegas by Jocelyn Saragona

Another costume idea to ponder…

A Review of Incubus Journal: Complete by The Mad Hatter 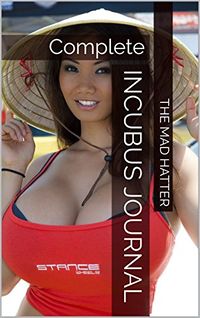 Follow our protagonist as he slowly finds himself turning into a male succubus, an incubus. He starts to enslave women to his will, changing them to fit his preferences. Huge breast and butt being just a start. Turning a woman into a Nekogirl being one and inflating another. Will he let these powers destroy him, corrupt him or will he master them?

Chris becomes an incubus, uses his powers on various men and women, has sex with a succubus and then faces a demoness that wants to destroy him. Assuming of course all of the sex doesn’t get too much in his way that is.

There is a lot of issues with this work, and the series as a whole. There’s no editing to speak of, there’s no story to follow really. There’s an attempt at plot but it doesn’t go anywhere. The writing is odd, almost unreadable, the dialogue is uneven, and the actions of the main character at times, I found to be a problem.

The story wanders aimlessly for the most part and when something does happen, there’s no focus and no direction. The main character’s voice seems to be dumbed down more and more as their transformation continues. A measure of justice is done in the aftermath, but it is confusing and unclear. There is the feeling that these are a series of moments vaguely tied together towards in trying to get back to the main story.

There are, by my count, about ten ways for this story to have been told better, expanded, the characters made to be more. That it didn’t happen, that the author didn’t spend some time to edit this into something more than a hot mess is a shame. More so that they charged for this.

Half of a pitchfork out of five.

It could be more, but it didn’t happen.