Light or Dark By TeraS

A Review of Incubus Journal: Complete by The Mad Hatter

A Review of Demon Futa Does Vegas by Jocelyn Saragona 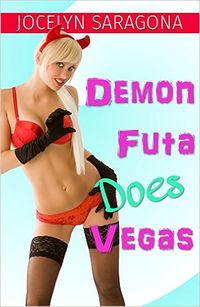 At some point in the creative process of writing, there comes a time when editing means more than the writing itself. There is a need to make dialogue sound real. There is a need to correct a multitude of spelling mistakes. The words on the page need to flow, to make sense and for the story not to lost its way.

It doesn’t matter what the story is about, the final work need to have some polish in order for it to be more than a series of words slapped together randomly.

Beyond that, telling a story which seems to hold a lot of background and then not telling that story for the sake of getting to the erotica is a shame. Story matters and without that, the work is not what it could be.

A Vegas comic-con attracts Vianne, a succubus futanari with an appetite for mortal sin. Her obedient thrall Morgan, once shy, has become an irresistible sex kitten herself. Vianne proudly watches her thrall seduce men, though she can’t satiate herself second hand action alone. She enjoys a reckless group tousle with a club girl and another futa. Later, Vianne helps Morgan seduce her long time crush, but it backfires. This man is the other futa’s territory. After accidentally enthralling him, Vianne must break off the spell or face a rival futa’s wrath.

Vianne and her thrall Morgan are in Vegas and having some fun. A chance encounter leads to a problem and in the end there’s only one solution to make everyone happy.

The work is mainly focused on the erotica with a bit of background and plot to hold things together. There’s not a lot of time spent learning about Vianne or Morgan or for that matter any of the main characters. There’s just enough characterization to give them form and not much else. Vianne is a futa succubus, there is another in the story as well. There’s a little moment of her wings appearing and some scattered moments of her true form leaking out here and there, but really the story is mainly about futa erotica overall.

There is a bit of succubus mind control as well, which I thought worked well. There’s a bit of a D/s theme from time to time also. Some of the scenes are a bit contrived, a little expected, and while so the heat in them is fairly good, but could have been much more than it was for one simple reason.

The work needs a lot of editing overall. There are many spelling mistakes, incorrect words being used, and overall the story reads oddly. The dialogue “reads” wrong. It very much sounds like, many times, emotionally devoid of anything. The idea of the story is interesting and I would have liked to know more about Vianne, her past, and how events were before this story started. There’s a “societal” aspect to some points in the story but that isn’t explored for the sake of getting to the erotica.

The work needs a serious editing for grammar, spelling, and comprehension. The characters are interesting, there’s a story to be told, but it’s not brought out as much as it could have been. Perhaps there will be a second work, but even so, the author needs to make this work better than it is. Tell the story please, the erotica will look after itself. 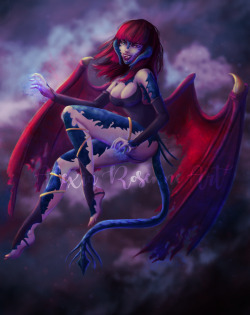